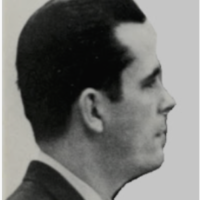 By Kathy Baldock on July 9, 2019 in All Posts, Education/Hist.
Tweet

As Ed Oxford and I work on the upcoming book, Forging a Sacred Weapon: How the Bible Became Anti-Gay (anticipated publish date Winter 2020), I’ll be updating our progress with interesting stories. At its core premise, Forging a Sacred Weapon considers a simple question “As we knew better about human sexuality, did we revisit assumptions the 1946 Revised Standard Version (RSV) translation team made in translating verses associated with same-sex behavior?” Recall that the first time the word “homosexual” was used in the Bible was in I Corinthians 6; 9 -10 in the 1946 RSV.

In honor of the 50th-anniversary celebration of the Stonewall Rebellion, there’s a little-told story I’d like to share.

A few years before the famous 1969 New York City Stonewall events, a group of gay and lesbian people met regularly with clergymen, who for the most part, were associated with Glide Memorial Methodist Church in San Francisco. Following a groundbreaking four-day retreat in the summer of 1964 which brought together clergymen and SF gays and lesbian leaders, the group formally became the Council of Religion and Homosexuality (CRH). They convened regularly with a mission to foster understanding, inform and educate fellow clergy about homosexuality, and to advance the legal and civil rights of LGBTQ people.

One CRH clergymen was Glide Memorial’s senior pastor, Rev. John V. Moore. He was the first member of the clergy in the United States to preach a sermon series on homosexuality.

In January 1965, Rev. Moore preached his three-part sermon series on homosexuality. On the first Sunday of the series, the church was packed. Along with newspaper coverage about the upcoming series, word had spread throughout the gay and lesbian community. It was standing room only in the sanctuary.

Rev. John Moore began his sermon with an appeal to heterosexual men and women to devote time to dialogue with “overt homosexuals (those who were only attracted to the same sex) and lesbians.” He added that there was a need to integrate homosexuals into the fabric of the community by lifting the cultural and medical stigma from homosexuality. He emphasized how the Christian community might respond with compassion and empathy toward those who were gay and lesbian.

When the service ended, Moore received a standing ovation and one hundred and fifty people remained for an open public, and somewhat heated, discussion. 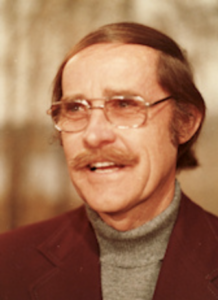 The San Francisco Chronicle covered the story on page three of its January 18, 1965 edition. Articles about Moore’s sermon series appeared in newspapers all over the world. He received letters from as far away as Australia and New Zealand. He recalled, “I am convinced that there was something more important for gays and lesbians in San Francisco than anything I said. It was that I had the courage to wrestle with and publicly address the issue and that I spoke of them and to them with respect, affirming our common humanness.”

In a later memoir, Moore wrote,

“It was easy to decide to preach about homosexuality and the gospel, but it was a struggle to think through what I believed about the matter. I read material about sexual orientation and studied the biblical passages referring to sexual acts. What was new in my thinking was my recent encounter with gay and lesbian human beings. I could not ignore the power of my own experience. Preaching that sermon was an act of faith, for I did not know whether I was right or wrong, wise or foolish. What I did know was that the way our society related to gays and lesbians was contrary to the way of Jesus. I knew, too, that if my judgment was wrong, I could learn and change, but if we are wrong in spirit we are lost.”

“It dawned upon me that what I believed and was saying was counter the teaching of my culture, my family, and traditional biblical interpretations. I knew that none of my peers had said what I would be saying and that some would approve and others would condemn. For me, that experience was a kairos moment when I stood over against all authorities except for the authority of the leading of the Spirit. Some would say that it was a spirit of error, not truth. They may be right, and this is why I say what I did was an act of faith. My family and church and the Bible gave me something else-the strength and encouragement to be faithful to the Spirit even when it means standing over against them all.”

“I knew that I had made the right decision when the letters came in following the sermon. There were two kinds of letters, those which condemned me and demanded that I be thrown out of the church, and letters of appreciation from men and women who had suffered ostracism, public and self-condemnation. In the weeks that followed, more people came to me seeking help with their sexuality than had come in all of my ministry. Feeling damned by the church, and for many, damned by God, they wanted to talk about their relationship with God and the church as much as about their sexual orientation. I was convinced that scriptural passages refer to sexual acts, not to sexual orientation because the idea of sexual orientation is a recent notion. My position was more radical than theirs in that I had come to disagree with views about matter attributed to the biblical writers, whether those interpretations were right or not.”

In the years following, Rev. Moore spoke many times on the subject of homosexuality and Christianity.

During a panel discussion, he was asked about the possibility of gay marriages. He began his response by calling heterosexual marriage God’s “highest good.”

As soon as he spoke those words, he instantly knew what he had said about heterosexual marriage being God’s highest good was not true for Jim and Herb, his close friends who were in the audience listening. Moore knew Jim and Herb’s previous marriages to women had been “hell for everyone” while their current relationship was “intimate, committed, (and) caring.” 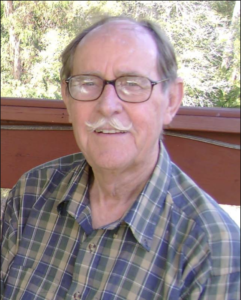 Partially due to the displeasure of his congregation for speaking up about the wrong treatment of gay people, Rev. Moore left Glide the following year and took an ecumenical campus ministry position at nearby University of California, Davis.

When and where invited to participate, he continued to speak about developing a more Christlike attitude towards gay and lesbian people. He was invited to many venues, including the National Council of Churches. People outside San Francisco were beginning to talk about faith and sexual orientation. As had been part of the mission of CRH, Moore availed himself to those discussions.

[Between 1976 and 1980, Rev. Moore served as head pastor of First United Methodist Church in Reno, Nevada, where I live. He is currently 100 years old, in poor health, and living in the Pacific Northwest.]

It may seem quite surprising that in the early years of the gay rights movement, there were clergy who were important allies to the gay community in their struggle against oppression and for their civil rights.

This next begs the question, how have we come to a place fifty years later where large swaths of Christianity, primarily conservatives and their leaders, actively worked against inclusion for LGBTQ people who choose to live into their natural orientation/gender identity?

The answer is, as I often say, complex and tangled.

The response must include, amongst other things, influences from the women’s movement, changing attitudes about sex (both heterosexual and homosexual) as Christian leaders tried to create healthy perspectives about non-procreative marital sex, the birth of Christian counseling, the creation of anti-gay theology in the late 1970s, and, of course, politics.
Stay tuned. If you’d like monthly updates, send an email request to Newsletter@CanyonwalkerConnections.com
HERE is my first book, “Walking the Bridgeless Canyon: Repairing the Breach between the Church and the LGBT Community.”
It’s an EXCELLENT place to begin learning and getting ready for the next book which will dive more deeply into the translation of the “clobber passages” in context of time. The book can be found on Amazon or directly from Canyonwalker Connections, signed, sealed, and delivered with a kiss 😉 http://bit.ly/1VoJDeA
Tweet