By Kathy Baldock on October 4, 2011 in All Posts, The Not-So-Kind
Tweet

Everyone has played the delightfully amusing game of peek-a-boo with a small child.  When their eyes are covered, it does not matter if

Not unlike a two-year old, Linda Harvey is covering her eyes and gay people have gone away in her world.  Harvey, founder of Mission:America based in Columbus, Ohio, is a Christian talk show host and author of a weekly newsletter tracking cultural issues with a particularly keen focus on the gay, lesbian, bisexual and transgender community.  She has recently said some really awkward things:

“They (the gays) all hate Jesus Christ and his followers.”

“There’s one big fact that’s not backed up.  There is no proof that there’s ever anything like a gay, lesbian or bisexual or transgendered child, or teen or human.” 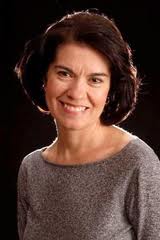 I thought I would offer to be an on air guest on her daily talk show.  It seemed reasonable: two Christian women with gentle, moderate tones talking about a cultural issue.  But, Linda really has covered her eyes. She does not see gay people; they do not exist. She responded to my offer over a series of exchanges:

I do appreciate your writing me. After reading your blog, I have to tell you, we are not going to agree, mainly because your writings reveal you have adopted essentially the world’s view on this and not what is expressed in Scripture as God’s.

There are not “gay” people; there are people involved in homosexuality, but they are not a biologically different human type than Joe hetero on the street. So please stop using that inaccurate term, one that also belies your lack of faith in what God has told us.”

Interesting.  There are not gay people; only heterosexual people involved in homosexuality.  And, as a heterosexual person that loves and advocates for the equality of gay people, my faith in God is questionable too.  At a later point in the letter, Linda points out that since celibacy is a choice, then being gay is also a choice.  Linda says:

“There are some ex-homosexuals who have this (being celibate and no longer homosexual) testimony.”

So, there are ex-homosexuals, but not homosexuals?  It is a logic nightmare.

Linda, the game of peek-a-boo is over.  You are a grown Christian woman now.  Not only is this the attitude of a two-year old, it is wholly non-Christian to ignore and discount others.  What would Jesus do if He encountered His gay neighbor?  Would He cover His eyes or stick His fingers in His ears like a child practicing avoidance?

I do think Linda Harvey is in a minority group of Christians, but she is one of the ones making the noise and the news.  She informs the uninformed and they join her in a game of peek-a-boo.

If you want her to know she does not speak for you or, if you are gay, lesbian, bisexual or transgender and do indeed exist, here is her e-mail address that is public information: lpharvey@missionamerica.com

Following is the exchange. I first checked with “legal” to ensure I was not stepping on legal rights by posting this exchange. These  sentiments are all her public, much repeated views in writing and on air. There is no new information or disclosures here. I do not cross those “private lines”. But I do have a LONG series of exchanges with Scott Lively that are tucked away in a file. Now, that, is interesting stuff!

Dear Linda Harvey,
I would love to talk to you on air as a guest.Here is my latest blog post  http://canyonwalkerconnections.com/2011/09/13/ten-things-i-wish-i-knew-ten-years-ago-about-gay-people/
let me know. Mom to mom, Christian to Christian. Let’s talk.  Kathy  Baldock

She declined in the first of a few fruitless exchanges:

I do appreciate your writing me. After reading your blog, I have to tell you, we are not going to agree, mainly because your writings reveal you have adopted essentially the world’s view on this and not what is expressed in Scripture as God’s.

There are not “gay” people; there are people involved in homosexuality , but they are not a biologically different human type than Joe hetero on the street. So please stop using that inaccurate term, one that also belies your lack of faith in what God has told us.

The Bible’s directives contradict your viewpoint. You also seem to see this as “no big deal.” It’s a very big deal! Why else would God call this an “abomination”? It kind of reminds me of our culture’s casual acceptance of fornication, when we should be very, deeply troubled.

In writing this, I am assuming you respect and follow Scripture. If not, we have no place to go in this conversation.

Yes, I hear from people constantly that they truly believed they were born that way.But Kathy, that’s not what God’s word tells us. It’s a sin, and people can walk away. I think you are confused between the fact that these attractions often “seem” unchosen, and whether we are getting a really truthful picture from people involved this sin. They are often quite blinded and quite persuasive, if that’s our only benchmark. And the fact is, people rationalize. It’s human nature.

I never buy this identity plea. People know this is wrong, and a person can choose to dwell on fantasies, to pursue relationships, and to go down this road in their minds until these feelings are embedded. Also, people can choose to remain celibate. So choice is definitely involved. It’s not to discount the difficult struggle many have in overcoming this, but it is more doable than people often let on.

But some see it and change immediately, if they give their whole hearts to the Lord.  There are some ex-homosexuals who have this testimony.

It’s largely a “gender identity” issue, rather than one of just sexual attraction.It’s all about the person themselves and their often lack of good role-modeling from anyone of the same sex, and total confusion.

Thank you for the long and complete note–still, I am asking. Let’s talk on air; you can probably tell my demeanor is quite polite, which is how I “see” you as well. I draw people as do you. Let’s chat on air.

Consider it again please. I KNOW we do not agree but we are both civil women and educated. It would be interesting. We can speak on the phone first and see if we can be genial; it could be a good witness to others as to how to have this conversation.

Why talk on air, until you address some of the points I’ve brought up?

So, I answered many questions  and then got the kiss-off:

Sorry–I encountered such obfuscation in seminary. It’s all baloney, frankly,all meant to prop up sin. If I believed this,I’d discard God’s truth and go back to being a rationalizing liberal.

Not everything can be “talked” out.