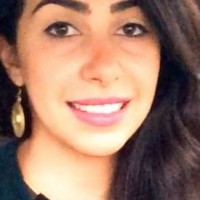 By Kathy Baldock on November 14, 2015 in All Posts, Education/Hist., Policy/Culture
Tweet

In light of the recent terrorist attacks in Paris, the Middle East and on the Russian airline in Egypt, I am well aware of my own lack of understanding about the complexities and layers of politics, religion, ethnic groups, and the cultural and historical influences which together foster terrorism.

I often find it better to listen to the voices of those who do understand at a greater depth than I am able to comprehend. 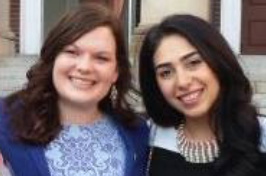 This post was written by Diana Marji Abbas. Diana is from Beirut, Lebanon where she is currently visiting, was an intern at the United Nations Development Program, a graduate of the Rockefeller College of Public Affairs and Policy (SUNY-Albany), and is currently a law student studying in London. I met Diana through my daughter, Samantha, who attended Rockefeller with Diana. Upon meeting Diana, it was immediately evident why Sam values her as one of her dearest friends; Diana is thoughtful and brilliant.

When I heard the news about the attacks in Paris, I felt the exact same horror, heartbreak, and devastation that I felt when I heard about the bombings in Beirut the night before.

Understandably, the bombings in Beirut were less shocking to our senses because Lebanon has always been vulnerable, considering the consistently unstable political and security situation, the corrupt non-government, and the underground reality that is Lebanon (that the likes of me ignore every day).

The bombings in Paris were more shocking to our world views because the historical and current geopolitical factors that make Lebanon vulnerable today are absent in France. They were more shocking because they were a big slap in the face for those of us who left Lebanon, in part, to be safer.

Then the backlash – that we should view each as a separate event, that we should not be comparing and should not feel resentment about the disparity in reactions to two unbelievably similar events a day apart.

Whether or not we ideally should or should not be comparing, the resentment and frustration are real and have blurred our ability to feel the only thing we should be feeling – sympathy, unity, and anger about the same thing.

But it is a reality. Syrian civilians have been dying horrendously every day but we haven’t reacted this strongly to it every single day. A significant number of people in Lebanon are less concerned with the deaths in Burj el Barajneh than they would have been had the bombings happened elsewhere in Beirut. The world is less concerned with the lives that are lost in the Middle East.

We’ve created a hierarchy by which we measure the value of life and the horror of death.

Is it because the majority of the people dying in the Middle East are Muslim (the same religion that ISIS distorts and claims its own) and therefore they deserve it? Is it because we should be used to death by now? Is it because we need to accept that we are “war-torn” and play the hand we’re dealt? 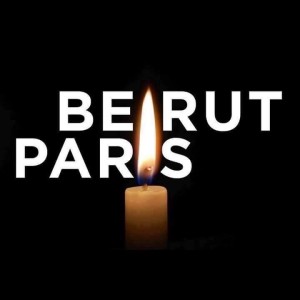 it. I’m not used to it. Maybe it shouldn’t be shocking that this could happen in Beirut. But it is to me. It is absolutely surreal and outrageous to me to think that I could have been walking alongside a suicide bomber while picking my nephew up from school, going shopping, or meeting friends for dinner. It is absolutely shocking and you would have to see the anomaly that is Lebanon to understand just how much.

The solidarity with Paris has been beautiful and heartwarming. The Lebanese people were the first to express their solidarity. I saw a photo of a group of Palestinian people (who struggle to be correctly represented in the media) praying for Paris.

But the hero who tackled one of the four suicide bombers in Beirut and stopped him from detonating his suicide belt, saving the lives of hundreds of families in a densely populated area, cutting the losses of this bloody attack, seems to have gone unnoticed.

The fact that victims in Lebanon, Syria, Iraq and Palestine are dying on a daily basis and not receiving the global unified support they deserve is precisely the problem. They are being told on a daily basis that their lives are less valuable, that they are on their own, and that they just have to get used to it. (Which is what ISIS wants, is it not? To promote the “us vs. them” mentality by making sure the Muslims feel marginalized by the Western world by reminding them that they are viewed as the lesser others, that they are on their own, and so, violence is their only choice).

This discrepancy and hypocrisy in reactions and responses has been going on for a long time. But the stark similarity in events met with an inconsistency of responses is difficult to ignore.

By continuing to treat the two as different, we continue cultivating the ISIS breeding ground of hate.

View all posts by Kathy Baldock →
Online Audio Webinar Series for Walking the Bridgeless Canyon
What Caused the Onset of the Pandemic Virus HIV/AIDS? Colonialism