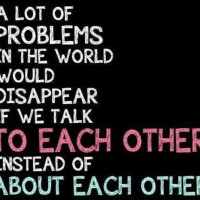 By Kathy Baldock on August 17, 2012 in All Posts, Policy/Culture, The Not-So-Kind
Tweet

Last November, on a Friday afternoon at about 4:15, I walked into the lobby of the Family 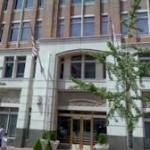 Research Council (FRC) on 8th and G Streets in Washington, DC. I carried with me documented research regarding the impact of rejection on the mental and physical health of gay youth. Of course I knew I would not be welcome, so I donned my “Christian, homeschooling, mother-blogger from Nevada” bumpkin persona (all of which is true) and asked if I could speak to someone about policy.

“Of course, but it is too late in the day. Most of the staff has gone home,” said Leo Johnson, the Building Operations Manager at the counter. “Come back Monday when staff is here and you can talk with someone.” I probably should not have given him my business card, because when I did return Monday morning at 10 A.M., it was clear that I was not welcome.

The second guard that had been in the lobby on Friday came from behind a glass door when he saw me. There was that almost imperceptible “no-not-her!” nod. Someone had checked me out and no one was going to talk to me. I can be persuasive, so I tried Plan B.

I have some important research here that I would like to share with someone on staff. I think we can all agree that children are precious–all children. The impact of rejection on gay youth is harming them and here is the research to prove it. Would you promise me that you will get this in the hands of someone today? I will be only a few blocks away at museums and can get back here within 15 minutes if someone will just give me 15 minutes of their time.

“Yes, ma’am,” Leo said. I left the Family Acceptance Project booklet containing very convincing data and headed a few blocks over to Concerned Women for America (CWA). Same plan, new location. I did get in after a bit of “entrance magic” at the front door (a story that many of my friends have heard) and managed to have a 40-minute conversation with a staffer.

Nevada” persona worked. Ten minutes into the conversation, the delightful staffer stared at me with great concern and said, “Kathy, you seem to think that a person can be gay and Christian?” I held onto her forearm in a very motherly fashion, “Oh, honey, of course I do.” And we continued until I thought she really did hear what I was saying. The tears and hugs goodbye were pretty good indicators.

I then went to a few close by museums and waited for the call from FRC; I was poised to dash back there. The call never came.

I tweeted Tony Perkins repeatedly the entire next week. “I left you research on the family. I thought you would be interested in family research.” I can be quite persistent. No answer. No email. No interest.

That guard I spoke with in November, Leo Johnson, has now been shot by a lone gay man in the lobby of FRC. The shooter will need to tell us why he did it and what motivated him. That is his story. To Johnson’s great credit, he did his job and stopped the shooter from getting to the higher floors where more people may have been hurt. 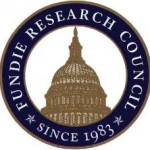 Along with every major gay, lesbian, bisexual and transgender activist group that quickly and sternly denounced the incident at FRC and the injury to guard Leo Johnson, I join them.

Family Research Council is taking the low road in its public statements. Tony Perkins, FRC President, is blaming the “reckless rhetoric” and categorization of FRC as a “Hate Group” by the Southern Poverty Law Center as the cause. He stated:

Corkins (the shooter) was given a license to shoot an unarmed man by organizations like the Southern Poverty Law Center that have been reckless in labeling organizations hate groups because they disagree with them on public policy.

Disagreeing with public policy is not the entry ticket to the Hate Groups list; lying and spreading false, destructive propaganda are. There is absolutely no doubt that FRC, along with National Organization for Marriage (NOM), Americans for Truth about Homosexuality, American Family Association (AFA) and 21 other “Christian” based organizations, lie, lie, lie about gay, lesbian, bisexual and transgender people.

In a response on CNN, Brown from NOM says “we need to have a civil debate over these issues like gay marriage.” Agreed. One of my readers put it so well:

You can’t have a civilized discussion with me when you (or your proxies) are calling me a pedophile, a child molester, threatening to take away my children, nullify my marriage, have me drugged into insensibility, institutionalized, or simply sent to a concentration camp. All for the sin of being gay/trans…

Oh, and the first two allegations come directly from the FRC, the third from Bryan Fischer of the AFA, the fourth via NOM, and the last two from NARTH and the Rev Worley. I honestly couldn’t make these things up if I tried.

And this is the crux of the issue of the escalating tension. FRC and others lie. This does damage.

This oppresses fellow humans. They all validate their oppression with the Bible making it extremely vile to many Christians. You can only push on and denigrate people for so long before it boils over.

I deal directly with SPLC, GLAAD, GLSEN, PFLAG, TWO and numerous other rights organizations. They have ALL tried to engage in “civil debate” on varying topics with those on the Hate List. I have also personally tried.

I would like to be able to report that things are getting better and that Tony (FRC) is sitting down over a tuna sandwich with Mark (SPLC) or that Brian (AFA) is having coffee on Tuesday with Herndon (GLAAD). For that to begin to happen, relationship must take place.

I read the insane statements from FRC, NOM and the lot and wonder, “Do these people even know any gay people?” One of the louder voices rising in the anti-gay propaganda is Michael Brown, author of the 700 page “A Queer Thing Happened to America.” His book is the current “bible” to the Hate Groups informing them of the take over and destruction planned by gay America. Brown assures his listeners and readers that he has had “meals with gay activists” (two from what I surmise) and “sat next to gay people on airplanes and cried with them.” And this is what constitutes “relationship”?

I just finished a three week, cross-country trip. I stayed in the homes of gay Christian friends 14 of those nights. That is relationship. When I read what FRC, NOM, AFTAH, AFA and the brood of vipers say about the GLBT community based on stereotypes and myths and not relationship, I am seeing ignorance and hatred. And the voices of ignorance and hatred are getting louder.

Rather than make a Christ-like statement after the incident, as did Focus on the Family, FRC and the lot continue to add fuel to the fire. 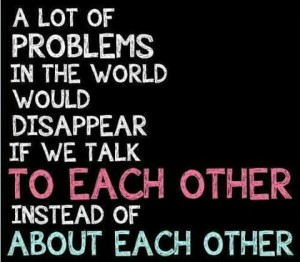 If Family Research Council were really interested in family research (with gay children included), they would feel deeply remorseful for the destruction to which they contribute. If the National Organization for Marriage honestly were trying to “protect” marriage and foster more stable families and couples, they would not fight against more stable homes and relationships for gay people. If Americans for Truth about Homosexuality were concerned about truth, they would stop intentionally lying. 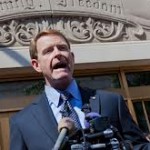 Family Research Council and the ilk are the modern day Pharisees that Jesus was so angry with. They probably will not dialogue. But people can. You can.

Until we break down the walls constructed by religion and politics and work to intentionally reflect the heart of God, it will get worse. Yes, worse. One need only look at the Chick-Fil-A “Christian” response. That was not about free speech. At all. Christians, yet again, sent a very strong hurtful message to the gay community. They wrapped it in a flag and Bible verses and pummeled their fellow Americans and gay Christian brothers and sisters with it.

Most of you will never walk into the lobby of FRC to express your opinions in an attempt to engage in civil dialogue. But, here is what you can do: get to know gay and transgender people.

And, if you identify as “Christian,” take it further. Do relationship until you feel compassion. Not 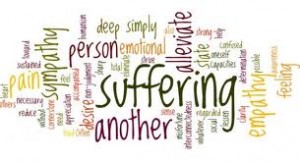 that cheesy, oh-I-feel-really-bad-for-you-not-being-able-to-be-married variety. Listen and contend for compassion. Until you suffer along side another human and enter into their struggle, you will not learn compassion. And if you are thinking, “I am one of the most compassionate people I know,” you are, in all likelihood, not. Ask a gay person, ask a woman, ask a minority if you exhibit compassion. 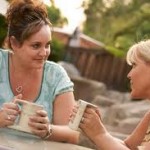 That is the bottom line answer in all this mess. You don’t need to start with theology or the latest slick handout from FRC. Start with a cup of coffee or bottle of wine.

Relationship leads to compassion. And that is the beginning of the healing and the end of the violence.