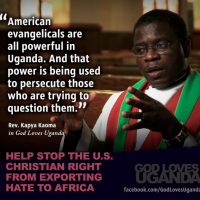 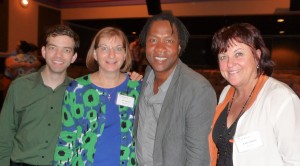 This past weekend I saw a screening of “God Loves Uganda”, a documentary from Roger Ross Williams that premiered at the Sundance Film Festival in 2013. The movie follows the efforts leaders of the International House of Prayer (IHOP), Kansas City, MO to spread Christianity, change African culture with values from the conservative American right and promote the Ugandan Anti-Homosexuality Bill (aka “Kill the Gays Bill”).

I viewed the film at the activist and blogger conference Netroots Nation. [I viewed the film for a second time as part of The Reformation Project in Kansas City, KS, 9/ 18.] As a Christian, the film’s depiction of evangelical Christians and their careless interaction with the African culture embarrassed me. I was compelled during the public engagement time after the film to distance myself from the IHOP-type, religious right pedigree of evangelical Christian shown in “God Loves Uganda”. 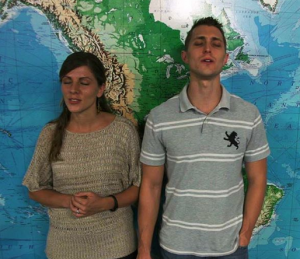 We Have Asked Gay People to Change; Now, It Is Time for the Church to Change
My Hour with Edie, the Woman Who Brought Down DOMA