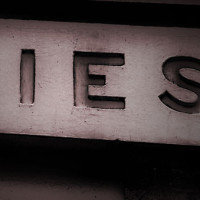 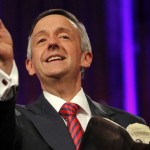 A few years ago, maybe two, Pastor Robert Jeffress, Dallas First Baptist, did a four part series from his pulpit which is now hosted on James Dobson’s, founder of Focus on the Family,  OnePlace.com network. It is entitled “What to say to Those Who are Gay”; all four parts are still online.

The sermon series is filled with myths and distorted information about gay people. As I listened to Jeffress blend Biblical interpretation with flawed materials, I knew the sources of his various “statistics”. I decided to write to Pastor Jeffress and chose to focus on just one distortion he and others repeat.

Jeffress told his congregation of over 12K that the average gay man in the first year of marriage will have 8.1 partners.

This number pops up in lots of conservative ramblings and in sermons on homosexuality. The “statistics” were actually gathered for an AIDS transmission study conducted from 1984 to 1996.

Participants in the study group had to be: under 30, living in metro Amsterdam, currently engaged in high risk sexual behaviors already and not monogamous. Remember, it was a study to investigate the transmission of the virus. Although the 8.1 number is quoted as a result of a “Dutch Marriage Study”, the Netherlands had not even legalized same-sex marriage until 2001, after the AIDS transmission study (1984 – 1996) had ended.

So, I wrote to Jeffress to correct him and give him the facts behind the erroneous conclusions. I asked him to not lie about LGBT people.  One point, one request; no response, no acknowledgement.

“While I was looking forward to sharing a message of hope and Christ’s unconditional love with the faithful members of the historic First Baptist Church of Dallas in April, due to new information that has been brought to my attention, I have decided to cancel my upcoming appearance. I will continue to use the platform God has blessed me with to bring Faith, Hope and Love to all those needing a brighter day. Thank you for all of your love and support. God Bless!” 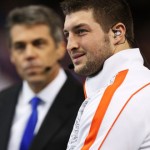 Currently, it would be speculation as to what the “new information” might be. He may now clearly understand the many offensive and inaccurate comments made by Jeffress overtime about several minority groups; advisors may be telling him about an impending public relations disaster; who knows?  Any conclusion anyone might make would be an assumption until Tebow reveals the “new information.”

There is significant questioning of Tebow’s own  sexual orientation. Perhaps the questioning makes him sensitive to the plight of the gay, lesbian, bisexual and transgender community.

For whatever reason Tebow came to the decision to not speak at Dallas First Baptist, I support that decision. The chasm between gay, lesbian, bisexual and transgender people of faith and the churches who exclude them is being magnified. LGBT Christians and their supporters are beginning to hold their brothers and sisters in Christ accountable for the untruths being told that create fear and disgust towards a minority group.

Perhaps in the public disappointment,  Jeffress will invest the time to investigate the claims about LGBT people he carelessly makes from the pulpit. 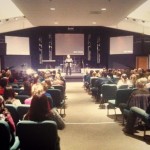 Countering the lies told is not easy and often, unpopular. I recently stood up in a local Evangelical church after hearing six sessions of egregious misinformation spewed about LGBT people. I was physically escorted out of the church by five security people.

Pastors like Jeffress and others that use faulty claims need to be held to account to tell the truth. I accept that there are many interpretations and views of the five sections of Scripture used to assess homosexuality and Christianity. I do not however accept religious and faith leaders lying. 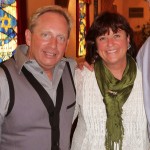 So, do go to Dallas, Mr. Tebow, but consider coming to the community I worship with when there: Grace Fellowship in Christ Jesus.  In that non-mega-church House of God, all really are welcome to the grace found in Christ Jesus.

As it should be.

Speaking Up against Ex-Gay Kent Paris at Summit Christian Church then . . .
My Youtube Stalker David Jarzabek is a PASTOR!