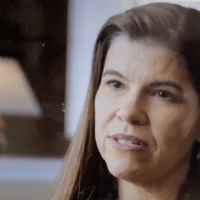 My road to evangelical Christianity and ex-gay ministry was not your typical “come to Jesus” journey. I suppose no one’s is.

As a kid, God was a complicated figure in my life. I was raised a cultural Catholic, meaning we went to mass on Sundays and participated in the sacraments, but nothing more—just the basics. The only mention of God at home was as a tool for shaming: “If you’re lying, God will know. It’s between you and Him.” The implication was that God watched our every move, and was ready to dole out punishments for any misdeed, no matter how minor.

For me, however, God was more than that: I spoke to Jesus and hoped He heard me. I wanted Him to be my friend, my protector and my confidant. As the years progressed and I became an angst-filled teen, disappointment got the best of me. Hurt that God ignored my pleas for personal justice and an enjoyable life, I grew angry with God and said I didn’t believe in Him.

At 21, when I came out, I wasn’t conflicted about being gay, as many Christians are. I had put God and “oppressive” Christianity behind me. After taking some time to find my way in a world that wasn’t open to romantic authenticity, I became an outspoken lesbian, attending gay pride parades in Long Beach and West Hollywood, California, happy to embrace my true identity and enjoying the thrill of expressing myself and connecting with other gay people. There was one problem: this was the mid-eighties—the height of the AIDS pandemic—and many of my friends were sick and dying. 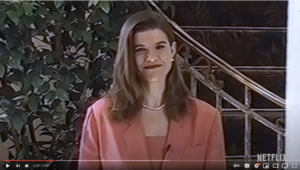 It was 1986; HIV—the human immunodeficiency virus that causes AIDS—had just been named. Reports from the CDC (Centers for Disease Control and Prevention) stated that of all known AIDS cases, 51% of adults and 59% of children had died, with patients living, on average, only 15 months after diagnosis. Health officials predicted cases would double in 1986.

By Christmas of 1987, Ed tested positive for HIV. The years that followed were harrowing. I was 22 when my first friend died of complications from AIDS. Bruce was a kind and gentle soul with a cozy home in Orange County that he shared with his dog. He would sit in his lounge chair and sing along with Barbra Streisand records when he got home from a long day of teaching history to high school students. His death was sudden, unlike that of others who lingered and suffered.

My friend Jerry—flamboyant and outrageously confident—inundated the AIDS hotline in Los Angeles with daily calls, asking questions about transmission and symptoms. He knew all the latest scientific information from the CDC and the National Institute of Allergies and Infectious Diseases (NIAID), and was, therefore, shocked when he arrived home from a trip to Mexico, and thinking he had a lingering stomach ailment from contaminated food, tested positive for HIV. When my friend Geoff and I went to visit Jerry at his apartment, he cracked the door open and hissed at us to go away. Shocked that he didn’t want to see us, we stood waiting for him to say something else. When it was clear, he wouldn’t change his mind, I slid the gift I brought through the partially open door and we left. Jerry died alone, without friends and without his Midwestern family that had disowned him years ago.

Some friends were similarly unwilling for others to see their suffering, and some were grateful to share their grief and fear with compassionate friends. I may not have understood the depth of their despair or the extent of their pain, but I listened and held their hands and did what I could to help. I eventually moved in with Ed and his partner Mike so I could assist them as the disease ravaged their bodies, and wreaked havoc with their psyches. 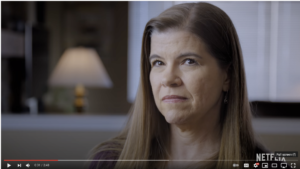 At this time, I had an older bisexual friend Darlene whose son was gay. His partner worked for Madonna and got us great seats to her Blond Ambition World Tour when she performed in L.A. in the spring 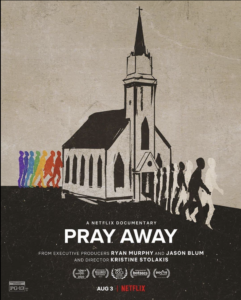 of 1990. Steve was a slight man with beautiful wavy black hair who always wore cowboy boots. He loved working for Madonna, and it pained him when the Kaposi’s sarcoma in his eyes stole his sight and he could no longer drive to the office or perform his job duties. But Madonna, before Steve was too sick to leave his home, would encourage him to come to work so he could spend time with his colleagues and be reminded he was a cared for member of her team. Madonna’s compassion for Steve exemplified her commitment to AIDS education at a time when ignorance about HIV and AIDS was rampant, when the Ray brothers’ (hemopheliac boys who were 10, 9 and 8, and had contracted HIV through blood transfusions) home in Florida was burned down allegedly in protest of their desire to attend school.

I wore a ceramic pink triangle pin every day to work, signifying both gay pride and solidarity with the health activist group ACT UP (The AIDS Coalition to Unleash Power) whose t-shirts featured an inverted pink triangle with the motto “Silence = Death.” A co-worker, Jeff, remarked, “You have a lot of gay friends, don’t you?”

“That’s right,” I said suspiciously. He had already made an off-hand comment about Magic Johnson contracting HIV because of his “immoral lifestyle.”

“It’s sad that they’re dying so young,” Jeff said, holding his Bible in his lap. “That’s not what God intended. He has a plan and a purpose for everyone’s life that will come about for anyone who serves Him. God wants to give us hope and a fruitful future.”

For months, Jeff referenced scriptures about God’s love and divine mercy. Life, according to Jeff and the Bible verses he shared, was difficult but meaningful, full of heartache, but also of purpose and promise. Here I was, frightened by the prospects of a bleak future as my friends grew sicker and sicker, and the news warning us that even with the top minds working tirelessly, were generations from finding a cure for HIV. The horror of watching my friends—gifted young men—suffer and die stirred up my own fears about the transitory nature of life. But here was someone offering me hope.

Still, I had my doubts. “Don’t Christians believe it’s a sin to be gay,” I asked Jeff. “I’ve seen them at Pride parades, carrying signs that say ‘homosexuals will not inherit the kingdom of God.’”

He hesitated, “God accepts everyone who comes to Him with an open heart.”

This sounded dubious, as if he wasn’t telling me the whole truth. Of course, in future years, I would see many churches advertise that “all are welcome,” only to find that all are welcome to walk through the doors. After that, you have to become someone different, to fit into a mold in order to become a member, in order to serve in even a small capacity. 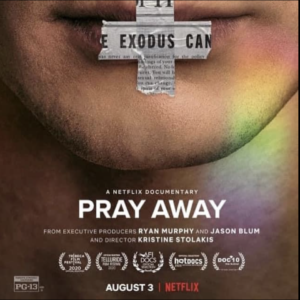 One day, in early fall of 1992—when AIDS had become the leading cause of death for men between the ages of 25-44 in the United States—Jeff invited me to church, and I went. I was 27.

He was a guitarist and singer in the music group, so I sat alone in the back row. The pastor stood in front of a conference room full of people at the Holiday Inn, and spoke of God’s calling on our lives. Despite my discomfort about being in an unfamiliar place among strangers, I felt the intensity of His presence. In an instant, the same connection to Jesus I had felt as a kid came back to me, and after church that day, I dedicated my life to serving God.

Wendy, a friend of Jeff’s who spoke with me after the church service, invited me to a prayer meeting later that week. It was there that we spoke about homosexuality being a sin. She said, “It isn’t God’s best for you, or for anyone. But that doesn’t mean God doesn’t love you. He loves you so much that He has given you a way out. When you choose to follow Him, He will deliver you out of homosexuality. The Bible says you’re ‘a new creature in Christ, the old has passed away and the new has come.’ That’s you. You’re not the same and will never be the same as you used to be.” I didn’t question Wendy, or the pastors, or the Bible verses, or the books that proclaimed being gay was a sin. They promised that God had prepared a way out, and I, wanting so badly to fan the flames of my renewed faith in Jesus, was prepared to do anything to please Him. It would be years before the house of cards came tumbling down.

Disillusionment with Ex-Gay Ministries by Yvette Cantu Schneider
Christopher Yuan, Stop Lying about the Participants in the Documentary Pray Away