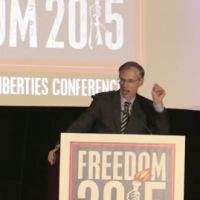 By Kathy Baldock on November 10, 2015 in All Posts, Policy/Culture, The Not-So-Kind
Tweet

While progressive Christians allow themselves to be preoccupied by red paper cups, they are being distracted from attention to policies and events concerning the broad mandates of the Bible. Mandates which involve the care and treatment of people, often those unlike themselves.

One such noteworthy event took place over the weekend (November 6th and 7th) as 1,700 people gathered in Des Moines, Iowa for Freedom 2015 National Religious Liberties Conference. The conference was sponsored and led, in large part, by Kevin Swanson, who is the teaching elder of an Orthodox Presbyterian Church in Elizabeth, Colorado, and the Executive Director of Christian Home Educators of Colorado for the last nine years. 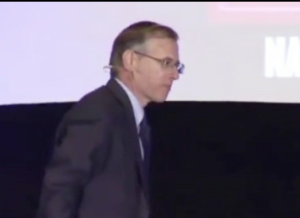 Joining Swanson for the two day Christians-are-being-persecuted-in-America awareness fest were the usual line-up of bakers, wedding chapel owners, florists and the but-we-LOVE-the-gays, Benham brothers. I do understand the concept and pull of speaking to the voter base, especially with the upcoming caucuses in Iowa in six weeks, however, exhibiting, at minimum unwise choices, or at most complicit agreement with the conference timbre, were three Republican candidates for president: Bobby Jindal, Mike Huckabee, and Ted Cruz.

I could quote conference leader Swanson, but the impact of what was spoken by him from the platform is best experienced by listening to his words, hearing the passion behind them, and watching his frenetic pacing across the stage. [Begin at 6:15 on this Rachel Maddow Show piece.]

It is stunning to consider such an extreme public display of ignorance and hatred leveled by fringe Christian leaders against a minority group.

Beyond that, in this political season, it is important to scrutinize the company the presidential candidates keep and choose to align with. Even being aware of Swanson’s tirade, Jindal, Huckabee, and Cruz did not opt out of appearing at Freedom 2015. Instead, they joined Swanson on stage.

Cruz, Huckabee and Jindal at Freedom 2015

Forget the red cups Jesus-people, focus on events with greater impact and import — those events which impact the lives of marginalized people groups.

View all posts by Kathy Baldock →
What Research Led to the Designation of Homosexuality as a Mental Illness? None
Sexual Orientation is a 20th Century Understanding of Human Sexuality