God; neither was it acceptable to the Jews. Let’s look at the overall context of the verses.

Do not have sexual relations with a man as one does with a woman; that is detestable. (Leviticus 18:22, NIV)

If a man has sexual relations with a man as one does with a woman, both of them have done what is detestable. They are to be put to death; their blood will be on their own heads. (Leviticus 20:13, NIV)

The two passages are contained in the Law God gave to Moses after the Jews left one pagan culture behind in Egypt and before they entered another one in Canaan. The Law not only defined the way in which the Israelites were to serve God; it also established clear boundaries and prohibitions in order to keep the Jews holy, separate from, and undefiled by the surrounding cultures.

If a Jew broke any prohibitions in the Law, he or she was considered guilty of breaking the whole Law. Even though some Bible scholars group the Law’s prohibitions into categories, there is no such distinction in the Bible. Today, we elevate some of the laws over others, supposing that they must still be kept while “lesser” laws can be disregarded. A few weighty injunctions once deserving of death or communal ostracism are completely disregarded by Christians today. These include the prohibition from engaging in sex while a woman has her period, the requirement that males be circumcised, and the law that forbade charging interest on loans. Furthermore, whether the prohibitions are grouped or not, the righteousness of believers is not dependent on their keeping of the Law, but on their faith in Jesus Christ.[1]

Still, there may be some who believe that parts of the Law must be followed by believers today, so rather than ignore the prohibitions as non-binding, let’s try to understand the same-sex behavior described in Leviticus.

The verses clearly state that if a man has sex with another man, it is toevah and worthy of the death penalty. The Hebrew word toevah, which is most often translated “abomination,” is found 117 times in the Old Testament. In most cases, it’s associated with foreign, cultural, idolatrous, or religious practices. Old Testament scholar Phyllis Bird has shown how, by using the Levitical guidelines, God set clear boundaries to keep His people holy, separate from, and undefiled by pagan groups surrounding them. Bird explains that toevah “is not an ethical term, but a term of boundary marking” with “a basic sense of taboo.”[2] Every facet of a Jew’s life became a visible demarcation between himself and the pagan cultures surrounding him.

The ways in which the Israelites ate, dressed, planted fields, and trimmed their hair and beards were physical 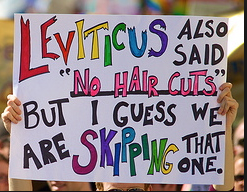 reminders of their distinct status as people of God. Their lives were governed by orderliness. Ambiguous things were deemed an abomination and taboo; fish with legs (crustaceans), clothing woven from more than one fabric, and fields planted with two kinds of seeds all blurred the sense of order and boundaries and were thus considered impure.

The Israelites’ extreme sense of separateness kept them from doing anything that would even remotely resemble how the pagans looked or what the pagans did. Same-sex behavior, whether in situations of personal lustful excess or of ritual and worship, was a common pagan practice and, therefore, strictly forbidden for the Israelites.

Some have argued that the central issue of the Leviticus 18:22 injunction is the “unfittedness” of body parts between two people of the same sex. Notice, however, that while there is a Levitical prohibition against men or women having sex with animals, there is no prohibition against women having sex with women. Further, the Bible, in its totality, is absolutely silent on any imperative about body parts fitting together in a “proper” way. Until the late 19th century, the social and religious focus on how people participated in sex remained centered on two key issues: what role a person took in the sex act (active or passive), and whether the sex act was procreative or non-procreative. That’s it; people in the ancient world simply did not think of sex in terms of what anatomical parts fit together.[3] 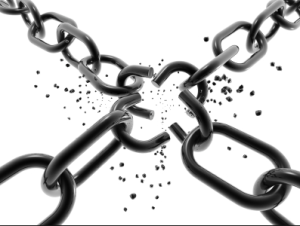 The Levitical prohibitions involve same-sex behavior in a pagan culture where a man taking the sexual role of a woman was degrading. The Israelites were told to remain separate from all behaviors resembling those of the pagans, lest they become like them or appear to be one of them.

And again, Christians today are not subject to finding their righteousness by keeping the Law; our righteousness is found in the atoning work of Jesus which we claim through faith.