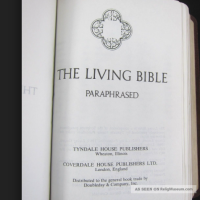 By Kathy Baldock on October 26, 2015 in All Posts, Education/Hist.
Tweet

There are three passages in the New Testament associated with same-sex behavior. Two are in 1 Corinthians 6:9-10 and 1 Timothy 1:9-10. The passages contain two Greek words, arsenokoitai and malakoi, crucial to understanding the intent of the verses, yet challenging to translate into modern-day English. Consequently, not all English Bibles agree on how the words malakoi and arsenokoitai should be translated. Many translations, such as the NIV below, combine the two distinct words into one word. We’ll see why this is problematic. 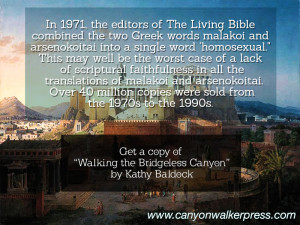 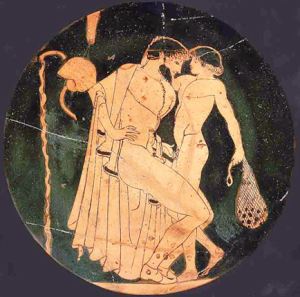 non­procreative sex. Arsenokoitai did not define what we would call the sexual orientation of a person; it indicated the role played in the sexual act.

After the RSV translated arsenokoitai to “homosexual,” the floodgates opened. 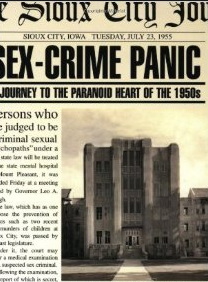 In the culture in which arsenokoitai originated, the meaning was closest either to pederasty or to a man engaged in exploitative sex with a male with some sort of trade or money involved. Such relationships were not and are not equal-status relationships; one partner has power, while the other is being used and degraded. Furthermore, no one knows the fully nuanced meaning of arsenokoitai, but it is clear from all its contexts that it does not refer to women in any way.

Yet, when arsenokoitai was mistranslated to “homosexual,” it immediately, by definition, came to include women as well as men. The translation shift of arsenokoitai from men who engage in exploitative sex with males to “homosexual” referring to both men and women appears to have been “prompted not by criteria of historical criticism”—a respected form of literary scholarship—“but by shifts in modern sexual ideology.”[2] 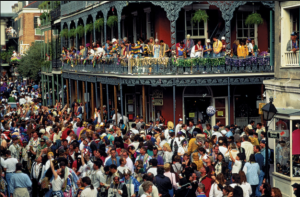 Malakos is associated with the traits of women as women were seen in the ancient world: morally weak, given to unnatural vices, lazy, unchaste, lustful, whorish, impure, and taking a submissive role in sex. Malakos was used to characterize men who lived lives of decadence; partook in excesses of food, drink, and sex; were weak in battle; prettied themselves for sexual exploits with women; or even were simply too bookish. Additionally, men who fell deeply in love with women and lost control of their passions or neglected their business pursuits were thought to be effeminate.[3] 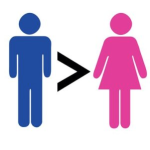 best historical translation of malakoi really is “effeminate”—but not our modern understanding of “effeminate.” So when the 1552 Douay-Rheims Bible and the 1901 American Standard Version translated malakoi as “effeminate,” the word still included the sense of all the ugly traits thought to be associated with women; it had nothing to do with gay men. Nothing.Today “effeminate” means “having or showing qualities that are considered more suitable to women than to men.”[4] The modern word doesn’t carry the baggage of ancient negative views of women. But Paul was not writing to a world where women were of equal status to men, a world where to be a woman, or to be like a woman, was to be honorable, or to behave honorably. In light of all this, the best modern translation of malakoi would include in its meaning an indulgent or excessive disposition which may at times include sexual excess.

Were modern translations based on theology or ideology? Or, NO thank you Tyndale House Publishers 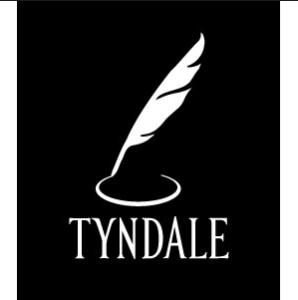 No system, whether science, culture, politics, or religion, operates in a vacuum. Obviously, those who translate the Bible live in and are influenced by their own culture. In the late 1940s, gay people became the scapegoat of the culture and the legal system. Consistent with what was happening in the culture and legal system, malakoi and arsenokoitai(s) came to indicate the two partners in gay sex.

Neither word had ever been associated with sexual activities on the part of women. The only association with women had been an extensive list of unfavorable female characteristics from ancient cultures to the 19th century.

A quite unfortunate and significant shift in translating malakoi and arsenokoitai occurred in 1971, when the English editors of The Living Bible published by Tyndale House Publishers combined the two Greek words malakoi and arsenokoitai into the single English word “homosexual.” The publishers and compilers of The Living Bible took it upon themselves to effectively ban lesbians from the kingdom of God with a new version of 1 Corinthians 6:9-10.

This may well be the worst case of a lack of scriptural faithfulness in all the different translations of malakoi and arsenokoitais.

The Living Bible editorial team was dominated by evangelical, Southern Baptist, and Assemblies of God pastors and 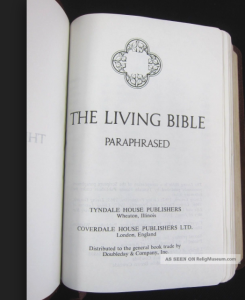 theologians, all conservative voices.19 Over 40 million copies of the English version of The Living Bible have been sold. It was revised and updated to the New Living Translation (NLT) in 1996. In the updated New Living Translation, malakoi and arsenokoitais have been retranslated as “male prostitute” and “those who practice homosexuality,” respec- tively (the latter still includes lesbians). As of March 2014, the NLT is the top-selling English language Bible.

So, are these egregious translations of malakoi and arsenokoitai(s) theologically or ideologically based? Your answer will greatly inform your treatment of and level of inclusion for gay, lesbian, bisexual, and transgender people of faith.

View all posts by Kathy Baldock →
Alan Chambers’ My Exodus — A Book Review
What Research Led to the Designation of Homosexuality as a Mental Illness? None