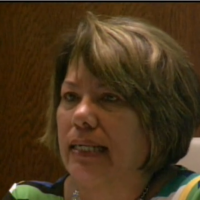 By Kathy Baldock on June 9, 2013 in All Posts, Kindness Counts
Tweet

UPDATE: At the Porterville City Council meeting on June 11th, an item was added to the agenda for next weeks’ meeting, June 17th.

That agenda item is to rescind the proclamation that we the LGBTQ community received just last Tuesday. Pending the City Attorney’s counsel on whether the City Council has the authority to vote on the recall of the proclamation or not.

On June 4, 2013, Mayor Virginia Gurrola issued a proclamation for June as LGBTQ Month in the Porterville, CA City Council chambers. Authorizing the proclamation is solely at the discretion of the mayor. Council members often sign, but in this case, not one other member did and most council members spoke against it in the comment period.

It is noteworthy that the Porterville City Council was the only city council in the state of California to support Prop 8 in the ban of same-sex marriage in 2008.

What makes the attached video so remarkable is the common-ness of it.

As you listen to the opinions and comments, understand that this IS the landscape in many smaller towns across America.

I recently drove through this small town of 55,000, ironically enroute to a Gay Pentecostal Conference at which I spoke. As an advocate for full inclusion and equality in the Christian church, the most offensive and painful comments in this video came from verse-quoting, self-identified Christians. The constant repetition of myth and lies about LGBT people by Christian people who claim to love the Truth is profoundly apparent in the 53 minute video.

At the 49 minute mark, Mayor Gurrola makes her personal remarks: 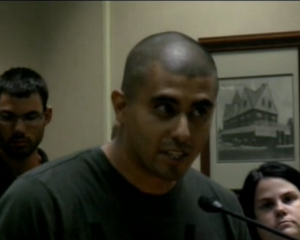 Her underlying reason for making the proclamation is her love for the community and those that are struggling in it to be in unity. She also clearly is motivated by the safety and security of children so that they might stand up and be proud of who they are.

Cited mythological “statistics” about the lives of LGBT people

The major source of intentional, persistent and destructive discrimination against the lesbian, gay, bisexual and transgender community comes from within the walls of conservative Christian churches.

In the Torah with its 5.4K verses, God told His people THIRTY THREE times to be careful and thoughtful about how they treated the strangers, the others. Yet, the bulk of the conservative church camps on and sets up battle from 5 verses in the 54K in the Bible that most of them have never invested even a few hours studying in context, culture and original language.

To the people in Porterville, if I can help you sit at a table and have a productive public conversation about sexual orientation and gender identity in context of the Bible, culture, science and history, please let me help facilitate that. There are fine, gifted and peaceable people I can assemble only a few hours from your town.

Conservative Christians, you have gay neighbors. The church has told you for DECADES that gay people are “broken” and can change. The TRUTH is coming out. In a decade, many of you will cringe at your public statements. Please watch this on June 20th and begin to extend compassion to those you do not understand.

The Bible and Homosexuality | A Biblical Presentation with Matthew Vines–one hour video presentation reconciling verses used in the discussion of same sex relationships.

I’m a Zero , A Look at Sexual Orientation

Three Things My GLBT Christian Friends Want You to Hear