Page to be constructed with stories of several high profile men and women who have been leaders/participants in Exodus and other reparative therapy treatments.

I wanted to find out first hand  what Exodus actually does and to see for myself success stories of men and women who have gone through Exodus. I personally contacted Alan Chambers, President of Exodus, and we agreed to my attendance and the June  2011 Conference in Asheville, NC. I had the flight booked, registration paid and hotel reserved. I agreed to a privacy contract and was willing to sign an additional ‘silence while there’ contract prepared by Exodus attorneys.

Then, the offer was rescinded after “Pray the Gay Away” aired on the Oprah Winfrey Network.  The exposure brought unwelcome attention on Exodus and the doors slammed tightly. I tried to reiterate the intention of my attending was to personally witness the success stories. I have never met a now heterosexual that was one homosexual. I wanted to be fair and get in the thick of Exodus successes.

So, now, until I do have the opportunity to meet those folks , this is what I know. Exodus does not work. Reparative therapy does not work. I know over a thousand glbt people and not one is ex-gay.  Here are the stories and links to the people I know personally and trust for the integrity of their message.

[I wrote this post as an open letter to Alan Chambers, President of Exodus International, as a public commentary about the glbt people I do know, and love.  “Dear Alan, My Friends are Gay, Not Broken”] 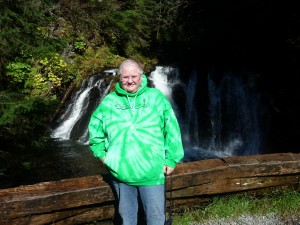 Long before reparative therapy had a definition, or Exodus International existed, I was dealing with my church telling me I couldn’t be Christian and homosexual!  We didn’t use “gay” until after Stonewall!

I had invited Jesus into my life at age 16, so that issue was settled.  At age 17, I was in a Christian college and met a girl I thought I would love forever.  She committed suicide over the Christmas holiday and I began a long relationship with therapy and why God doesn’t accept homosexuals.  As the years went by, I was introduced to deliverance ministry; inner healing, prayer healing of memories; more deliverance, ex-gay ministry; and more counseling.  Nothing worked to change this orientation however by then I had a definition: I was a Christian lesbian!

I had pursued my calling into ministry and journalism, and began to write.  I thought if I didn’t act on my feelings, then I too, was ex-gay.  I wrote, and counseled others who were going through the same struggles in their lives.  Eventually, while serving as an assistant pastor of the Foursquare Church, I formed an ex-gay ministry called Paraklete (Greek for one who comes along side to support and give aid).  Over a 10 year period, I taught at Exodus conferences; appeared on major Television programs, wrote articles and several books, all to proclaim my freedom from homosexuality.  I had no venue to talk of my doubts, so I sought out therapists who could not betray my confidence.  I loved serving in ministry and helping others, although it wasn’t working for me.  I didn’t act on any feelings, but still had a deep longing for the company of women.

My life changed in 1990 while speaking at a women’s retreat for my church denomination.  A woman walked into the room and my heart leapt for joy.  I knew that love at first sight was truly a reality.  I was scared that I would lose my calling to ministry and my salvation.  Both are securely intact, however my message has defiantly changed since that time.

God loves you and created you to be the man or woman you are, gifting you with a homosexual orientation.

I believe Ex-gay ministry and reparative therapies are mal-practice and do not work to change who you are, by God’s very creative design.

The Scriptures do not have one word in Greek or Hebrew that can be accurately translated as homosexual.  Jesus never said even one recorded word that homosexuality is  sin.  It has been mistranslated to promote heterosexism.

Reparative therapy is damaging to the heart and soul, and God wants to reveal His unconditional love and acceptance to everyone, especially His LGBT children.  Homosexuals are not damaged goods or less-than, but we are God’s best!

I tell my story in a more recent book, A CHRISTIAN LESBIAN JOURNEY- THE CONTINUATION OF LONG ROAD TO LOVE. I WRITE NOW TO TELL THE STORIES OF OTHERS WHO STILL NEED A VOICE.

I CAN BE CONTACTED THROUGH MY WEB SITE:  www.Darlenebogle.com; my personal email: Turtlehrt@aol.com or on Facebook. 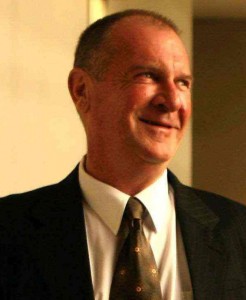 For many years I was a leader in the Assemblies of God and high profile preacher in Australia’s mega-churches. But there was a problem. Behind the scenes of a successful ministry I was fighting a secret battle. For 22 years I tried to change my sexual orientation through psychiatric treatment, ‘ex-gay’ programs, exorcisms and 16 years of marriage. Falling in love with a man at the age of 40 forced me out of denial and to face the reality; I was, am and always will be… gay.

Believing my faith and homosexuality were irreconcilable, I resigned from the ministry and walked away from the church and my faith.

I work now doing ambassadorial work for the community, building bridges between the LGBT and Christian worlds and deconstructing the myths perpetrated about gay and lesbian people (including the reparative therapy/’ex-gay’ myths) through education and dialogue.

I blog, Facebook, Tweet, YouTube…and help people with stuff. I’m busy, but not too busy to answer a genuine inquiry.

I love my tribe and feel honoured to have been twice voted one of the 25 Most Influential Gay & Lesbian Australians.

View all posts by Kathy Baldock →
Dear Church, | Ten Insights on the LGBT Christian Dialogue
In the Center of His Will at Civic Center | SF Gay Pride