The first part of Paul’s letter to the church in Rome deals with the universality of sin, our inability to gain a 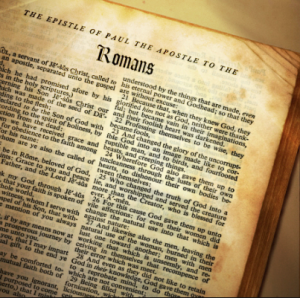 right status before God through our own merits, our subsequent need for a relationship with God through Jesus, and the consequences of a life lived outside of submission to God. Not only was it difficult to express in detail what salvation in Christ meant, but Paul was further challenged by having to communicate Christian doctrine to two very different audiences: the Jewish Christians and the Gentile Christians.

The ethics of the Jewish converts to Christianity were rooted in their understanding of sin and righteousness as revealed in the Law of Moses. Even if they kept the whole Law, Paul told the Jews, they would never be righteous enough on their own without placing their faith in Jesus as an intermediary to a saving relationship with God. 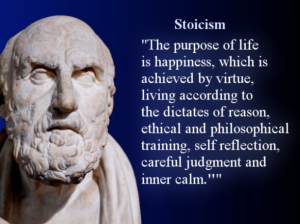 Paul couldn’t use the same line of reasoning with the Gentile Christians because, not only did they not know the Law, but their ethics were grounded elsewhere. The prevailing philosophy of the Greco-Roman world at the time was Stoicism. A moral and ethical stoic life was one where an individual lived in harmony with his or her society and wider world, including the natural world. What one person did affected the whole of society. Self, society, and world were very interconnected.[1]

For a Stoic to be in complete harmony with nature was akin to a Jew keeping the whole of the Law. Neither aspiration was fully possible all the time, and even if they did come close to perfection, it would still not be enough to be righteous before God. Whether one was a Jew or a Gentile, regardless of one’s attempt at good living, without God, one’s ethics disintegrated into immorality.

Immorality to a Gentile was different than immorality to a Jew. Paul couldn’t prick the conscience of the Gentiles by writing to them about breaking the Law; he had to use words, scenarios, and principles from ethical foundations that they understood.

Gentiles. While we may think of “nature” and “natural” as referring to the biological and physical world today, that’s only a small piece of what those words meant to the Romans in the first century. For one who followed Stoicism, to be in harmony with nature, or to act naturally, meant keeping a moral convergence of all three of these: individual self-control, compliance with social-sexual norms, and sexual acts for the purpose of procreation. Conversely, the Gentiles would have understood that disharmony with nature, or acting unnaturally in a state of sexual impurity, meant being lustful, defying the male-dominant social and sexual norms, and participating in non-procreative sex. With the groundwork laid of what the Gentiles saw as nature, natural, and sexual immorality, we can understand the masterful way in which Paul appeals to them beginning in Romans 1:18.

Paul starts by writing that, even if an individual does not have knowledge of what Christians today call the Old Testament, God has made Himself plainly known in creation since the beginning of time. Every person is given a choice to either glorify and thank Creator God, or reject Him. Beginning in verse 21, Paul describes the life of those who reject God. Near the end of chapter 1, Paul describes those who reject God in terms the Roman Gentiles would understand: 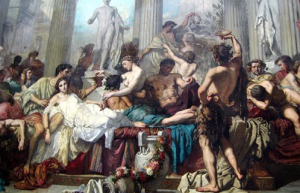 Because of this [their rejection of God], God gave them over to shameful lusts. Even their women exchanged natural relations for unnatural ones. In the same way the men also abandoned natural relations with women and were inflamed with lust for one another. (Roman 1:26-27, Thompson Chain Reference NIV 1990)

Every behavior in Romans 1:26-27 is counter to the natural harmony of moral stoic behavior. In the scenario Paul depicts, both the men and women have abandoned self-control, are driven by lust, and are participating in sexually impure acts. All the behaviors are called “shameful” because they are lustful, outside the male-dominant social and sexual norms, and not procreative.

Let’s stop here for a moment and examine gender hierarchy in the ancient world with its extreme form of dominance of male over female. The structure of extreme male dominance is so unlike our culture today; it’s easy to miss why the sexual activities in verses 26-27 were so shameful if we don’t recognize that first-century gender hierarchy is at play.

In the ancient world, men dominated while women submitted in all areas: in the relationship between

husband and wife, in the family, in the culture, in intellectual arenas, in government, and, most certainly important in the context of Romans 1, in sex.

Further, when a man abandoned his self-control and was driven by his lust, he was found to be acting like a woman. Men, it was believed, were able to control themselves, yet women were unrestrained in their passions.[2] Even if a man maintained the active role of penetrator, in losing self-control, he had become like a woman.[3]

In verses 26-27, we’ve already seen loss of self-control and disregard of sexual roles. Add non-procreative sex to this scenario, and everything going on countered the Stoics’ sense of morality and harmony with nature.

Because Romans 1:26-27 is the only passage in the Bible possibly—but not necessarily—containing commentary on lesbian sex, we need to examine it more closely. The verses describe the women as “their women,” or the men’s wives. While we don’t know exactly what the women were doing, we do know it was outside the bounds of what the Romans would have considered natural. Again, natural dictated both an active male penetrator and procreative sex. 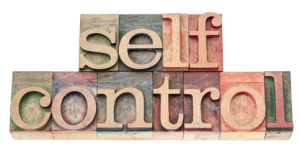 Unnatural female sex in the Greco-Roman world could have been any one of the following behaviors: sex with a man where the woman takes the dominant position, non-procreative sex with a man or another woman, or even solo masturbation. Using Romans 1:26-27 to construct a wholesale condemnation of lesbian relationships is certainly not a strong position from which to build a case. We simply can’t tell from the passage what the sexual behavior was. We do know that whatever the acts were, they were motivated by lust, not love, and do not illustrate the affection between two women in a committed Christian relationship.

Finally, what timeless message might we find in Romans 1:26-27? To the Gentiles, an immoral life was one in disharmony with nature as they understood the concept. Their perception of out-of-control sexuality doesn’t translate into our culture.

We don’t live in a culture where every area of life from relationship to government is structured within a gender hierarchy of extreme male dominance and female submission. It’s not disgraceful or degrading for a man to take a “submissive” cultural role “like a woman,” or to be under the authority of a female boss or leader, or to participate in tasks, such as child-rearing, that were historically seen as women’s work. Positive and negative emotions and intellectual endeavors aren’t defined along the lines of one’s sex. Couples, including heterosexual couples, regularly engage in non-coital, non-procreative sex without the burden of cultural or religious shame that would have certainly been attached to it at the time of Paul’s writing.

The wide availability of contraception since the 1960s has affected sexual freedom for women even inside marriage. Sex is not just for making babies; it is like “marriage glue” and has a component of pleasure for both partners. These would not have been significant aspects of a first-century view of sexual acts.

The scene in Romans 1:26-27 was considered so bad because men and women had challenged social-sexual male-dominance roles and participated in non-procreative sex, neither of which is immoral in our culture. Romans 1 also addressed those who had rejected God and fallen into a life of sexual impurity and excess. So, what might out-of-control sexual immorality equivalent to that of Romans 1:26-27 look like to us? Surely it would include sex acts driven by out-of-control lust and concern for self-satisfaction in fleeting relationships—and straight and gay both get caught in that net!

Before wrapping up the examination of Romans 1, let’s note that verse 27 speaks of the “due penalty” that befalls those who reject God. The due penalty as understood by the Roman Gentiles was a life devoid of self-control and filled with excesses leading to personal and social dishonor and shame. As we saw in Chapter 7, many of the televangelists in the 1980s and 1990s declared that God Himself had sent the “due penalty” of HIV/AIDS on the gay community because they were engaged in same-sex behavior. The words “due penalty” have been, and still are, taken out of context and used as a condemnation against people living with or who have died of HIV/AIDS. The following was spoken by Jerry Falwell in 1987, when 20,139 Americans had already died of AIDS:

God says . . . that homosexuality is a perverted and reprobate lifestyle. God also says that those engaged in such homosexual acts will receive “in their own persons, due penalty of their error.” He’s bringing judgment against this wicked practice through AIDS.[6]

And the misuse of this scripture continues today. The following was spoken by David Barton, conservative

Christian historian, on the radio broadcast “WallBuilders Live,” on May 15, 2013, when over 641,000 Americans had died of AIDS-related causes:

Romans 1:27 is one of the reasons we’ll never find a cure for AIDS . . . because the Bible says “men committed shameful acts with other men, sexual acts, and received in themselves the due penalty for their error.”

For information and a more broad view of these verses, it is covered in Chapter 9 of Walking the Bridgeless Canyon, available signed on my website and on Amazon and Kindle.
************************

[5] Bernadette Brooten, “Paul’s Views on the Nature of Women and Female Homoeroticism,” in Immaculate and Powerful: The Female in Sacred Image and Social Reality, ed. Clarissa Atkinson (Boston: Beacon Press, 1985), 63.