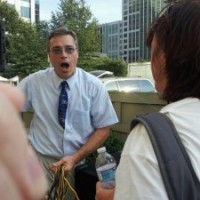 By Kathy Baldock on May 9, 2012 in All Posts, Marriage, Policy/Culture
Tweet

Amendment 1 passed in the State of North Carolina. The definition of marriage as one man and one 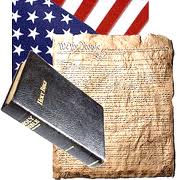 Ten years ago, I began to break away from the restrictions of others telling me what the Bible says about how I am to view gay, lesbian, bisexual and transgender people.  Over time, the unfortunate marriage of Evangelical teachings and conservative politics in the late 80’s has deeply rooted itself into the psyche of many Christians who now think they speak for God.

I am disgusted and sorrowful that it is Christians who used their power and force to etch discrimination into the laws in North Carolina. Forty five years of federal progression towards inclusivity of marriage has been stomped by Christians. 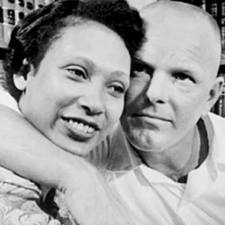 In the long run, Amendment 1 in North Carolina will not stand. Along with the excessive amount of money spent to exclude many of its citizens, more money will be spent to clarify and defend Amendment 1. The Supreme Court of the United States has already decided that marriage is “one of the vital personal rights essential to the orderly pursuit of happiness by free men” (Loving vs Virginia 1967) and “the right to marry as of fundamental importance for all” (Zablocki vs Redhail 1978). Unless there is “compelling State interest”, no group may dictate law based on moral disapproval or religious convictions (Lawrence vs Texas 2003). Marriage equality will be extended federally within the next decade.

The atmosphere of a Republican legislature along with the anti-gay focus of the National Organization for Marriage and the Christian Action League have not “strengthened” marriage at all. Marriage, family and faith are not strengthened by exclusion; they are strengthened by love, acceptance and security.

The Christian majority in North Carolina had to ignore the progression of civil rights and the undeniable message of Christian equality and dignity to brazenly fence out the gay, lesbian, bisexual and transgender community. Division does not strengthen anything, least of all marriage, family and faith.

North Carolina voters have also ensured that gay youth in that state will be further pushed from God and bullied by Christians. Internal and external discrimination have greater permission to exist. Many, stripped of support and love from families and churches, now understand with certainty, that the people of their state do not view them with equal value and dignity. 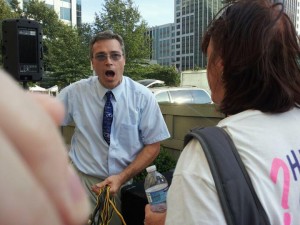 Street Preacher Calling for my Repentance at Pride Charlotte 2011

I attended Pride Charlotte in 2011 with an apologetic message for the hurt caused by Christians. I will be there again this year. This year however, I am more deeply stunned by the insensitivity and ignorance of my fellow brothers and sisters in Christ who seek to exclude. I will be apologizing for the carelessness with which the 61% treats the gay minority. I will be offering resources that educate and will welcome gay people into fellowship with Jesus. All of this will be harder than it was in 2011. More damage has been done. Not only to the gay community, but to the church itself.

Our job as Christians has never been to exalt ourselves as morality police; our job is and always has been to love and serve. We are losing our direction, our ability to love and be gracious and now, we have solidly set ourselves up as the oppressors. It does not stop with the gay community, all kinds of “outcasts” are leaving our pious pews. 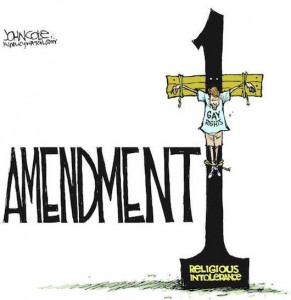 The message of Christian exclusion is not limited to North Carolina. It extrapolates to the Christian Church in America. The “club” atmosphere of the traditional church will devour itself while grace spills from and into those who are learning how to act like Jesus. There is a revival brewing in affirming churches. I am in the midst of it; I see it; it IS happening. As excluding Christians, fearing the onslaught of “persecution”, build their fences higher with more barbed wire, they are blindly creating dividing lines.

For those of us who love and value our gay, lesbian, bisexual and transgender fellow Christians, family members and friends, it will require louder voices, more deliberate actions, a passion to educate and a drive to deconstruct the lies, and the walls that stand between not only dignity for the gay and transgender community, but our own as well.