By Kathy Baldock on March 27, 2012 in All Posts, Bible/Scripture
Tweet 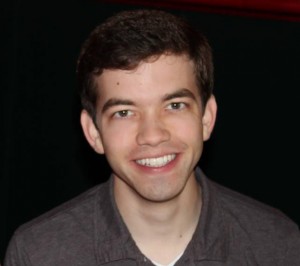 Matthew Vines, 22, of Wichita, KS attended a conservative Presbyterian church growing up. He excelled in school and went to Harvard in 2008, and in that less restrictive social and academic environment, Matthew came to understand and accept that he was gay.

In conservative denominations, there are only a few options for gay, lesbian, bisexual and transgender members: leave it all behind to possibly find a welcoming denomination, stay and hide out or submit to a reparative therapy program, or leave the church altogether. None of those seemed acceptable to Matthew. Not only did he want to find sure answers for himself, he wanted to help other gay youth in similar dilemmas.

Knowing he had a plan to thoroughly examine the Bible, Matthew studied ancient languages to better understand the Biblical texts for himself. Then he took a two year leave of absence from Harvard.

Matthew came out to his Mom just after Christmas 2009; she, like many Moms in the church, told her son she loved him and accepted him, yet, she was concerned about the obstacles that lay ahead. Within a conservative church family, not only would there be little support for her son, there would be likewise, little support for her. Soon after, Matthew told his Dad. Dad was not convinced orientation was permanent and unchangeable. Dad, like many other Dads and church leaders, was hopeful that this would be an avenue Matthew might consider.

Matthew, neither rebellious enough to walk away, nor self-loathing enough to stay and agree to a program promising to “fix” his orientation, plunged himself into thousands of hours of study and research. Because Matthew had “always upheld Scripture as authoritative for Christian faith, [he] didn’t want to accept easy answers that failed to do justice to the biblical texts.” His Dad joined him for much of it.

Matthew has tried to engage people from his old church home; they have been polite, but it has been very difficult and he had only limited success. The video project, however, has the opportunity to reach far beyond the confines of church walls and coffee shops in Wichita, KS.

The culmination of the research project is a 1:07 video of a presentation before an audience at a Methodist church in Wichita. (ABOVE) Not everyone present was in agreement with Matthew, but in the end, they gave him a standing ovation.

You cannot help but hear the scholarship with which he addresses the subject. Matthew not only educates the listener, he does so in a humble tone that will subtly cross even the most firmly constructed boundaries. His presentation is an excellent tool for the millions of gay, lesbian, bisexual and transgender Christians that have left the faith or are hiding out. To many, the task of “proving” God loves them seems so daunting.

The video is also an ideal link to send to parents and friends of gay Christians who are trying to understand the intersection of faith and orientation. I talk to those parents often; they say, “I love my child”, then I try to push it a bit further, “Please try to understand and accept your child too and, to do that, you are going to have to risk being wrong.” This video is of such superior excellence in both scholarship and tone, it is now the resource to which I will direct Christian parents and friends of gay, lesbian, bisexual and transgender people.

Matthew Vines, at 22, is the “every-son” so easy for a parent to relate to. In his sacrificial study, Matthew has found his secure place in God and educated his own family to advocacy. But, he has done even more. He has created a hope for others that do not want to leave their churches or Christian families behind. This is his gift to all of them too.

“My heart breaks for all the LGBT kids in churches around the world that do not understand or accept them, and I know firsthand how much fear and pain that causes them. The goal of this video is to reach those kids, no matter where they are, and to walk them through, step by step, these few passages in the Bible. Then, they can share it with their parents and friends, and they can have something solid to stand on when asking their communities for acceptance.”

Matthew ends the video in the last seven minutes with an ardent plea for understanding and compassion. It is the clincher after all the groundwork has been carefully laid. Invest an hour with Matthew Vines, take notes, absorb the richness of the truth and then share widely the video and the message that God does indeed love His gay children.