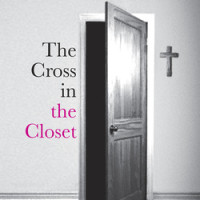 By Kathy Baldock on October 15, 2012 in All Posts, Book Reviews
Tweet 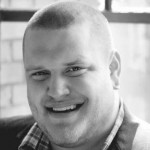 Timothy Kurek is a fine story teller. I read a few chapters from his book The Cross in the Closet a few years ago when I met him at a conference we were both attending. It is admirable that a young straight man would undertake a radical experiment to confront his own homophobia and judgments on a group of people by “coming out” as gay. It takes courage to be willing to be wrong, especially about theological or social issues; I know this from my own advocacy work.

I can echo many of the wonderful comments about The Cross in the Closet, but one section was quite troubling to me. The chapter “angela” has the danger of reinforcing stereotypes for a group of people I dearly love and for which I advocate — the transgender community.

By his own admission, Tim had “only ever met two transgendered people,” so his experience is quite limited. It is not uncommon even for people in the LGB part of the LGBT community to know few, if any, transgender people.

First, the acceptable terminology is “transgender,” not “transgendered.” The word is an adjective, not a verb. This may seem a picky and insignificant point; but you must consider, however, that the entire mission of The Cross in the Closet is to understand and empathize with “the other.” T folks deserve the same level of empathy given the L, G and B folks.

The Cross in the Closet recounts Tim’s year-long experiment; the transgender person to whom he beautifully introduces the reader is Albert/Angela. She has a tragic story. As a young boy, Albert’s Mom was mysteriously no longer in the home and he desperately misses her. As the story progresses, Albert finally finds the courage to go into Mom’s room and spends time there in the absence of his distant Dad.

Albert comforts himself by putting on his Mom’s dress and, in time, realizes he “was his mother’s daughter, not son” and “the idea of growing up to be a man felt foreign and wrong and felt like a lie.” Years later, there is a tragic scene of the first of many rapes by Albert’s own father when he is caught wearing his Mom’s dress.

Albert eventually transitioned surgically and with hormones to become Angela.  This effective story telling does evoke empathy, but also unfortunately paints a picture and strongly reinforces ideas that are already firm in the minds of many: transgender people are playing dress up; are victims of sexual abuse by the gender they are trying to “escape”; they lack strong gender models; or perhaps have gender models that are too strong.

The overwhelming majority of transgender people come from completely “normal” homes with no evidence of sexual abuse and quite average family dynamics. Most people will say they do not know one transgender person; transgender people are a very small segment of the population, perhaps only .25 to 1%.

In a single chapter, completely inaccurate stereotypes of precious, precious people, those that are the most marginalized of the LGBT group, are again reinforced. It’s another smack against the already at-risk transgender community.

For those of my gay, lesbian, bisexual and transgender readers who are still busy cheering, “Yay, the straight guy gets it! Come on, Kathy, this is his story”, please, try to empathize with the following scenario. If I were to go on a church missions trip to San Francisco and the only story I reported back to my congregation about the whole of the gay community I encountered spoke of an effeminate man, abandoned by Dad, coddled by Mom and raped by a man in his young teens, this would be not only feeding stereotypes, it would also be an inaccurate depiction of the typical gay male.  Now, multiply how that would frustrate you and make you feel, then  imagine this being done to the most outcast group in general society.

Many people that read The Cross in the Closet will have had little or no experience with the T part of LGBT. I did not start entering intimate relationships with transgender people until years into my own advocacy work. Most people outside, and some people inside the LGBT community, do not have a grasp of the difference between sexual orientation and gender identity.

Sexual orientation defines the sex to which a person is emotionally, romantically and sexually attracted. The simplest way to describe how person with non-normative gender identity might feel is this: the brain stamp does not match the genitalia. The brain says the person is one gender and the body presents as the other sex. There will be an internal struggle to align the two to achieve emotional health.

While writing his book in the subsequent follow-up years to the experiment, it would have shown scholarly integrity and been a responsible, deferential kindness for Tim to have researched or had more interaction with the transgender community. Short of omitting the details of Angela’s past, a few informed paragraphs after Angela’s story would have been tremendously productive in dispelling strong myths and misconceptions about the transgender community.  In challenging his own “homophobia,” Tim added to “transphobia.”

I do hope that as the story of Tim’s experiment gets told and retold publicly, he will grow into more intimate relationships and deeper understanding of the transgender community.  The book is already in print; the damage is done.

Unfortunately, as people read The Cross in the Closet, the majority will rarely go the second mile to walk with another human unlike themselves to research, understand or suffer along side “the other” until they feel compassion. In reading Tim’s book, he will become their “eye witness expert,” giving them the inside scoop.

I deeply love and empathize with my transgender friends.  Over and over, they are shut out and misunderstood.  So for them, I need to speak out and not recommend the The Cross in the Closet. In shining a more positive light on some lesbian, gay and bisexual people, the book reinforces the wrong, destructive and hurtful myths held so strongly about the transgender community.

Gender identity is not the same as sexual orientation. The letters L, G, B and T are mashed together for convenience. The Cross in the Closet is a recount of a young man’s experiment in confronting his own homophobia by pretending to be gay within a small segment of the gay community.  “Transphobia,” however, is a completely different issue. The representation in the chapter, “angela,” only adds fuel to the fire and plays into the justifications of all the anti-transgender arguments regularly encountered.

I have found the most sure way to gain empathy is in relationship. Seek to eliminate the walls that divide yourself from who ever is on the other side of that blockade. If it’s gay people you struggle to understand, there are plenty of gay people out there. Engage them. The majority of people know someone who is gay. Conversely, most people do not know a transgender person. In that lack of relationship, we unfortunately default to stereotypes; and in his book, Tim was no exception.

Please, get to know some of my spectacular transgender friends.  I will “lend” you some, but give them back; I treasure them.

One of my closest friends and Board members, Lisa Salazar, wrote a beautiful and thought provoking book sharing her journey of aligning gender and sex. For people of faith, Transparently (2011 Amazon) is a particularly informative read because Lisa recounts her transformation story along with the reconciliation of the events to Christianity. Her book is a great starting point for Christians to confront their own “transphobia.”  A distilled version of Lisa’s story, is can be found on a recent interview on Rachel Held Evans blog.

Reach beyond yourself into the life of another unlike you; you will find points of commonality.

I know Tim Kurek; I like Tim. I read his new book last week and this has been nagging at me. Actually, more than just nagging–it has REALLY bothered me to the point of restless sleep.

I have perhaps a hundred transgender friends. As group, transgender people are far more susceptible to discrimination and lack of understanding than their joint alphabetees, the L, G and B’s.

I could have just ignored the book and moved along. LOTS of people have asked what I thought or pointed the many articles in my direction. Of course I knew about the book. I know Tim and read a few chapters of it several years back. I just could not recommend the book and be complicit in what I see as a further reinforcement of negative stereotypes.

Tim is young; he clearly does not know the impact re-telling negative stereotypes of T’s. It took me several years in the GLBT community to come into relationship with enough T’s to cause me to understand the issues more clearly.

This is NOT intended to be an attack; the intention is to stand for greater understanding of people I dearly love. I struggled thru the decision to write this with my Board member and friend Lisa Salazar and uber-trans-advocate Kim Pearson. I needed to speak up, so here you go.

May we ALL grow into greater understanding of the T’s. In Isaiah, God says of the eunuchs/transgender people (in our modern understanding):

“To them I will give in My house and within My walls a memorial, And a name better than that of sons and daughters; I will give them an everlasting name which will not be cut off.”