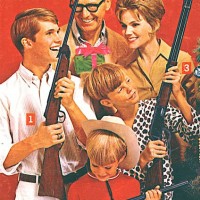 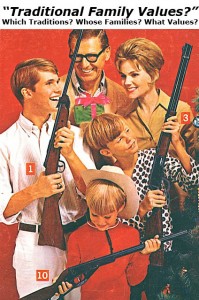 Traditional family values is a packed cliché. The (ab)use of the term “family values” began in 1976 when it was introduced into the Republican Platform. It became a rally cry at the 1992 GOP Convention when Vice President Dan Quayle bemoaned the collapse of the family because the then-popular show, “Murphy Brown,” portrayed the main character as a strong, successful, highly paid, intelligent, single-mother-by-choice, professional woman.

And you thought “traditional family values” was a Biblical term, didn’t you? Silly. It is a political term that has been hitched to faith.

The turning point of the corruption of Jesus values in the Christian community came with the marriage of faith and politics in the late 80’s. I liken this to the painful marriage of the prophet Hosea to the adulterous Gomer; we got “unequally yoked.” For the past thirty years, the Bible has been so tightly intertwined into politics that we’ve been confused as to what makes up the Bible and what makes up a political platform.

“Traditional family values” — what does this even mean?

What families? Mom, Dad and kids? Do we include grandparents and extended members? Do single women with children count? Or how about single people? Or same sex couples? Or friends living together? What is a “family”?

Which values? Love, support of one another and faithfulness? Do we all need to be against abortion to be “right”? Must we “protect marriage for a man and woman only”? What about caring for the poor, universal health care, social programs for the needy, fair living wages? Which values are the “right” values?

If I claim to live my life by Biblical principles, then that is where I need to look to find a definition

What examples of “family” do we see in the New Testament? Clearly, there is Jesus’ own family. Mary was a widow and single Mom during much of the Gospels. Peter, James and John left their families to follow Jesus. Both Jesus and Paul were single. Of the two couples mentioned in the Book of Acts, one couple, Ananias and Sapphira, was dishonest and killed by God right in the temple for lying, while a single man was praised for his giving to the poor. The other couple, Priscilla and Aquila, were co-business partners; she was a strong woman and a leader, and they had no children.

Forget looking to the Old Testament for that perfect Mom-Dad-kids family. Adam blamed Eve and one son murdered the other. Abraham tried to pass his wife off as his sister to protect himself and then had a child with his wife’s servant. Lot offered his daughters to rapists. Isaac and his wife Rebecca each enmeshed with a different son. Jacob (who had two wives and two concubines) preferred one of his twelve sons, so the others threw him in a well and he was sold off to slavery.

What did Jesus say about family? This is the part I love. Jesus is talking to a crowd and someone tells Him, hey, your Mom and brothers want to talk to you. He responds, “Here are my mother and brothers. For whoever does the will of my Father in heaven is my brother and sister and mother,” (Matt. 12:49). He later tells a young man that wants to follow Him but first wants to go and bury his father: “Leave the dead to bury their own dead,” (Luke 9:60).

This is the radical Jesus who also tells His followers not to invite their friends and family to dinner, but to invite the poor and the outcast and those who can not repay you (Luke 14). I just do not see “traditional family man Jesus.” What appears to be essential to Him is relationships centered around God and service to Him.

The conservative groups, with which the majority of Christians identify, say this is the values list: marriage defined as one man and one woman; traditional roles for men and women (again, how far do we go back in time to adopt those roles?); no same-sex marriage; no abortion; and abstinence in lieu of women’s reproductive rights.

But, is that the Jesus-list? He did clearly define the terms for divorce–don’t do it. He elevated women to co-heirs in the Kingdom of God. He never said a word about same sex couples. He did not mention birth control, at all. When He was asked by the Pharisees, the rule keepers of the day, about which of the 613 laws of actions and performances where the most important, Jesus told them to keep it simple and love God and love others. If it is not loving, don’t do it. If it is, do it.

As a Christian, putting anything before God would be called “idolatry.” Could it be that “traditional family values” has become an idolatrous rally cry? Or even a deception to distract us from the things Jesus really thought were fundamental?

What are the values that Jesus and God appear to esteem? Love is the clear winner. Love God

and love others. The kind of love that counts is the sort that does no harm (Rom. 13:10); no points for the I-tell-you-what-to-do kind of love. That will burn up on Tally Day.

Hospitality is of supreme importance, too, in both the New and Old Testaments. Fathers sacrificed their daughters to maintain hospitality to strangers. Sodom and Gomorrah were destroyed because they were cities full of evil towards outsiders and outcasts. The first quality of the new church leaders is listed as “hospitable” (Titus 1:8). 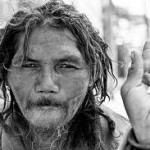 God also tells us through Isaiah to stop all the performance monkey-business and “spend yourselves on behalf of the hungry and satisfy the needs of the oppressed,” (Is. 58:10). God very much cares how we treat the outcast and poor. Recall, they are the ones we are to invite to dinner before our friends and family.

As a Christian then, what should I do about the phrase “traditional family values”? For starters, realize that the current usage of the term is not something Jesus ever modeled or God ever asked anyone to protect. It is a political construct inappropriately fueled by what we think the Bible says.

Clichés may be useful if you are trying to gain political power, amass voters and promote agendas, but they do not reflect the Jesus way of living.

Being against equal treatment for women, immigrants, those of other faiths, gay and transgender people may make a person feel like they are “protecting” godly ethics, but they have only bought into a political message.

It appears that Jesus Kingdom Values may require us to treat a homeless, gay, African, Muslim immigrant and father of two children with just as much kindness and respect as we would our own family. Whoa! That topples the “traditional family values” paradigm. 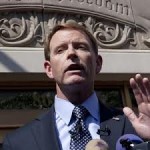 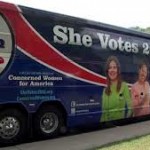 My answers may not align with yours, but when in doubt, I know where to look for clarity.