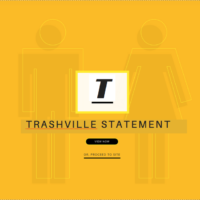 Thirty years ago, in 1987, a joint meeting of the Evangelical Theological Society 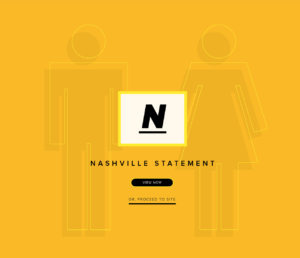 and the Council for Biblical Manhood and Womanhood convened in Danvers, Pennsylvania to discuss the new problem of widespread feminism making its way from the American culture into conservative Christian circles.

Christian feminists had begun to challenge the church’s organizational patriarchy that placed men in the dominant roles and women in the supportive roles, as well as questioning marriage gender hierarchy. To stave off the burgeoning desire of women to become teachers, preachers and leaders, the group wrote and passed the Danvers Statement which was a thinly veiled attempt to stop the spread of biblical feminism.

The Danvers Statement affirmed that “distinctions in masculine and feminine roles are ordained by God as part of the created order, and should find an echo in every human heart.” The document not-so-subtly reinforced patriarchy and gender hierarchy and softened the appearance of power structures by calling the pattern “complementarity” — a word they invented to fit their purposes of dealing with Christian feminists. 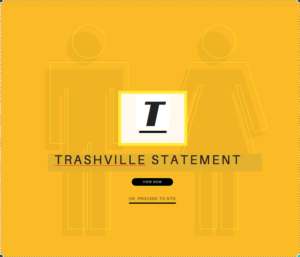 During the 1980s, it was becoming more clear that small segments of gay and lesbian couples were also interested in seeking federal marriage rights. To deal with the possibility of this upcoming “problem,” a few years later, the Danvers Statement expanded their message from God to include not only the “need” for gender differences, but adding the imperative for anatomical differences between couples.

Last Friday, August 25th, the Council on Biblical Manhood and Womanhood held a jointly hosted gathering of Christian leaders with the Ethics and Religious Liberty Commission (ERLC) (the policy branch of the Southern Baptist Convention (SBC)). At the meeting, the group finalized and approve the Nashville Statement “in the hope of providing a biblically faithful standard in our day on these particular issues of human sexuality” (1) and to counter “the celebration of attempts to transform oneself from male to female, or female to male, and the normalization of same-sex attraction, including so-called ‘same-sex marriage.'” (2)

The Nashville Statement contains fourteen articles “in the hope of serving Christ’s church and witnessing publicly to the good purposes of God for human sexuality revealed in Christian Scripture.” You can read the statement in full, but here are some of the bullet points:

As with the Danvers Statement, the dominant group is desperately trying to hold onto patriarchal views and gender binaries. Inherent in honoring science and other earth sciences along with Scripture, a strict view of the dominant/submissive complementary structure of male and female relationships and gender binaries begins to crumble.

The initial signers of the Nashville Statement contain no surprises. Their echo chamber demands that they refrain from intellectually engaging what is known about human sexuality and gender from science, biology, psychology. Likewise, their exclusionary theology demands they ignore anthropology, archeology and other earth sciences.

Christians, it seems, are forced to choose between two alternatives — either choose faith and literal reading of the Bible in intellectual exile, or be intellectually curious and honest and abandon your faith.

Encouragingly however, a majority of those with religious affiliations, and a majority of mainline Protestants and Catholics do not read agree with them. For this group, the tandem of Scripture and science is the most logical and compelling approach to understand the beginnings of humankind.

I have written a book and over two-hundred posts countering the articles addressed in the Nashville Statement. Rather than re-hash those point-by-point, I’m linking my reviews of books authored by many of the signers. The reviews are filled with biblical, scientific, relational, academic and logical objections to their latest “Christian manifesto.”

In lieu of allowing what is increasingly known about human sexuality to inform them, this group of leaders is digging their heels and souls into a battle that: is not of God, they will not win, will exclude increasing numbers of Christians or would-be Christians, does damage to people and families, does damage to the witness of Jesus Christ, and conservative denominations themselves.

Sadly, they do not see it. There really are none so blind and those who refuse to see.

While the Danvers Statement reinforced the subjugation of women, then shifted its “God ordained order” to exclude gays and lesbians, the Nashville Statement makes it abundantly clear that gay, lesbian, bisexual, and transgender people are not worthy of civil, relational, or biblical dignity if they choose to be authentic and honest about their natural creation, identity, and human desires.

The Nashville Statement was just released today, but I expect the number of signers will rapidly grow; some of the “usual suspects” have not yet signed.

Check out the expanding list of signers. I suggest that if you attend or support any of these organizations, schools, ministries, or people, and you are LGBTQ, family or allies, you may want to seriously consider having direct conversation with them about their new manifesto, and/or consider cutting off ties.

I have read and reviewed book written by many of the signers. I am linking those reviews to their names.

View all posts by Kathy Baldock →
God and the Transgender Debate by Andrew T. Walker — A Book Review
Transformed Documentary is Uninformed — A Review