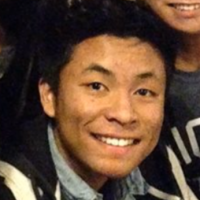 By Kathy Baldock on February 7, 2014 in All Posts, Bible/Scripture, LGBT Youth, Parents
Tweet 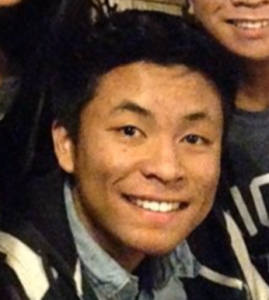 UPDATE — MARCH 11, 2014 (I have the permission of Pastor Danny to relay this information.)

Thank you to those of you who have prayed for the Cortez family and the New Heart church community as they navigate this issue. This is the official statement for the process over the next two months:

“As a result of an election held for its congregation on Sunday March 9, 2014, New Heart Community Church of La Mirada, CA, decided how to begin navigating the difficult issue of same-sex marriage.

New Heart’s congregation elected to establish an in-depth theological study of same-sex marriage, so that congregants for themselves might more deeply discern both their own theological views concerning same-sex marriage and their willingness, whatever their views, to invite same-sex couples into fellowship, communion, and leadership in the church.

A further vote—whether to maintain the church’s traditional view, take more time for study, or adopt a new position regarding same-sex marriage—will take place on May 18.

In the meantime, New Heart maintains the traditional position of its Southern Baptist denomination.”

Several people have offered to their services to help educate and engage in transparent dialogue on the inclusion side. That is where it is now  – 4 weeks for each “side” and then another vote on May 18th.

May dialogue with humble hearts become the living model of compassionately hearing the stories and spirits of our gay, lesbian, bisexual and transgender fellow Christians. May we look at all others through the eyes of Jesus. May we hear His direction clearly. Amen.

I recently met Danny and Abby at the Gay Christian Network Conference in Chicago. Danny has been the lead teaching pastor of a small conservative church for the past 16 years. He and his wife have four children, and one of them is gay.

Last fall, Pastor Danny was driving 15 year-old Drew to high school. The song ” Same Love” by Macklemore came on the radio. Danny asked, “Drew, who sings this song?” “Macklemore, why Dad?” “Oh because I like what he has to say.” Drew was shocked, “Really Dad? You like this song?” Danny replied, “Yeah, I no longer believe what I used to believe.”

A few minutes later, in the high school parking lot, Drew came out as gay to his pastor father.  God had been preparing Pastor Danny for several years. Four years ago, a lesbian in his congregation came out to him and asked that he watch “Through My Eyes”. The example of her Christian witness and life, and the stories of other young gay Christians on the documentary challenged Pastor Danny to reexamine the Scriptures about faith and sexual orientation.

This is son, Drew’s coming out story which he posted. 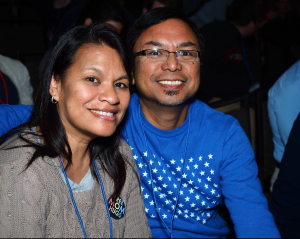 I have intentionally omitted (now updated below) the details about the location of the family, church and denomination. Pastor Danny, who has spoken to his Board of Deacons, is speaking to his congregation on Sunday, February 9th. After he does, I will link the sermon and the rest of the information.

DIRECTLY FROM THE CHURCH OFFICIAL PUBLIC PODCAST: Decision time is at hand — the congregation will either keep the pastor and leave the denomination or fire the pastor and remain in the denomination. Pastor Danny, the elders and the congregation have entered into a series of open conversations, private discussions and prayer over the next four weeks.

In the meantime — PLEASE encourage this family. You can leave messages on Youtube for Drew. Here are the parents emails: danilo.cortez@gmail.com and abbydcortez@gmail.com

When I first led a workshop for parents at the Gay Christian Network Conference five years ago, there were four parents in attendance. This year, in Chicago, there were between 60 – 70 parents. Four pastor families were represented. I have been waiting for years for the parents of gay and transgender children to “show up” in the gay Christian dialogue. They are here!

The parents of gay and transgender children are beginning to speak up in their churches requesting that leadership engage in important conversations about faith and sexual orientation.  People in the pulpits are often fearful of change and even dialogue about faith and sexual orientation: will they lose membership? will the giving decrease? will the church divide? These are practical concerns and possible costs of simply engaging in open conversation .

The question should be — given what we see in the lives of gay Christians, is it time to revisit the Scripture for Holy Spirit revelation on this issue?

In the midst of these messy and scary places, God is raising up parents and pastor parents that are filled with unconditional love for their children, a reason to re-examine the beliefs they have held, and a burden to speak out for change in conservative churches.

If you are the Christian mother of a gay or transgender child and would like to connect with other moms that support their children, contact me and I will direct you to a private online group. If you are a pastor, I can connect you to other pastors; however, there is a need for a pastor/pastors of a conservative church(es) to create a safe online place for a nationwide group to support one another.

In my little place on the planet, three sons of pastors have come out as gay during this past year. One pastor-father has done a dreadful job in handling the process; foolishly, he even brought in an ex-gay speaker for a series.  The other two pastors are navigating the process far more graciously.

Christian parents of gay and transgender children are the “secret weapon” of love, grace and change sitting in every denomination, in most churches and in every area of the country.

When Professor James Brownson’s 19 year old son came out, it challenged this conservative NT professor of a seminary to reexamine his beliefs. He then wrote an EXCELLENT book “Bible Gender Sexuality” — a MUST READ.

My book “Walking the Bridgeless Canyon — Repairing the Breach between the Conservative Church and the LGBT Christian Community” will be out Spring 2014.

Watch this video about the life and death of Ryan, Linda and Rob Robertson’s son.

Kathy with The Robertsons & Cortezs at GCN Conf.