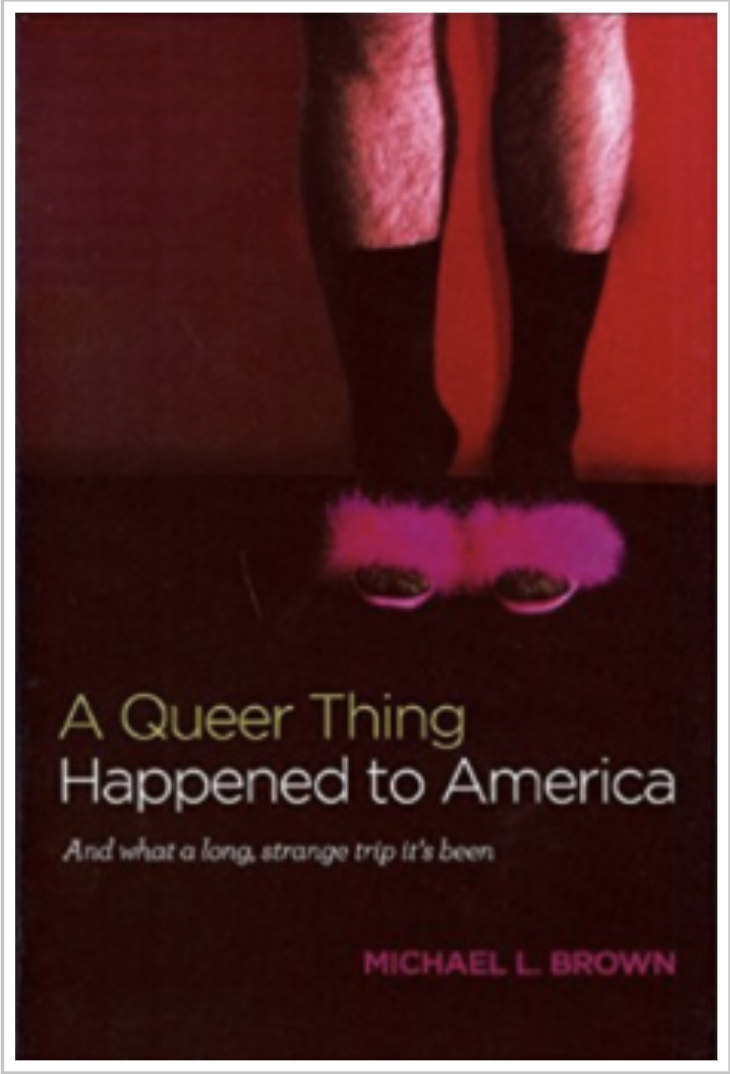 The book has fifteen chapters. I have written comments on about one third of the pages in my book. Addressing all of my concerns and insights are not practical in a blog post. The approach I will take it to state, as best I can, the point of each chapter followed by my opinion of that section.

Thirty pages of documentation of the various sources of the “gay agenda”. Mr. Brown builds his case for the development and existence of the “gay agenda”. The Stonewall Riots in 1969 was the beginning of the Gay Liberation Movement. I agree. This was followed by the publishing of “Refugees from Amerika: Gay Manifesto” by Carl Whitman which Mr. Whitman says “never became dogma” and no one I know has ever read it.

Next, there is the 1972 Gay Rights Platform presented by 200 GLBT attendees to the Democratic National Convention. I love the internet; you can Google anything. In all the searches on this 1972 event, the overwhelming majority of references to it were by conservative group telling the tale over and over as if it were the seed of some major power ploy. One account even said there were 200 organizations represented. In 1972? Wow. Actually, the truth is five delegates presented their wish list at midnight and virtually no one was there to hear them and there were 200 GLBT people at the convention, not organizations as several of the references stated.

“After the Ball: How America Will Conquer its Fears and Hatred of Gays in the 1990’s” is referred to dozens of times in AQTHTA. It has a six-fold plan for the “gay revolution”. Sounds terrifying. Again, a Google search has all the conservatives referring to the plan and not one GLBT organization. If it is part of the “gay agenda”, shouldn’t some gay group be using it or alluding to it?

The statement by Dr. Brown that stunned me was : “Ironically, when it comes to denying the existence of a gay agenda, there is immense unity in the gay community. Why? It is because the denial of that agenda is part of the agenda (although for some, it might be a sincere, heartfelt denial.” (pg 43) What?