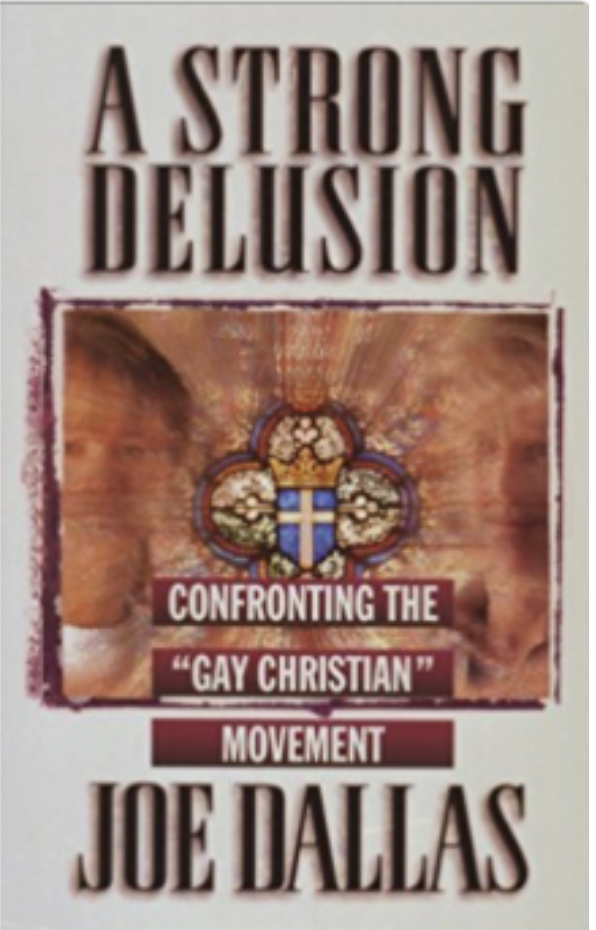 Dallas may have been able to charm and deceive people (including himself) with this tripe in 1996, but now — with the testimony of gay Christians (without the air quotes), their visibility and the excellent refutation of his arrogant statements — this delusion that he and others built is, THANK GOD, crumbling around him. Exodus closed only to be replaced by Restored Hope, a retread of the same old, same old.

Each chapter has a series of proposed questions that a gay person or supporter might ask, followed by his oh-so-wise answers. He presents those on the other side of his dogma as uneducated and not as holy as he is. The arrogance repulsed me. There are PLENTY of people who can sit on a stage with him and deconstruct his myths and distortions. I would GLADLY do it at a mutual agreement.

I then went to video to watch his live presentations. Even then, he appears to speak down to others. If you are gay and Christian or love someone who is, I would suggest you start with “Torn” by Justin Lee for lighter reading or ” Bible, Gender, Sexuality” by James Brownson for a more scholarly work.

Skip Dallas ALL TOGETHER.