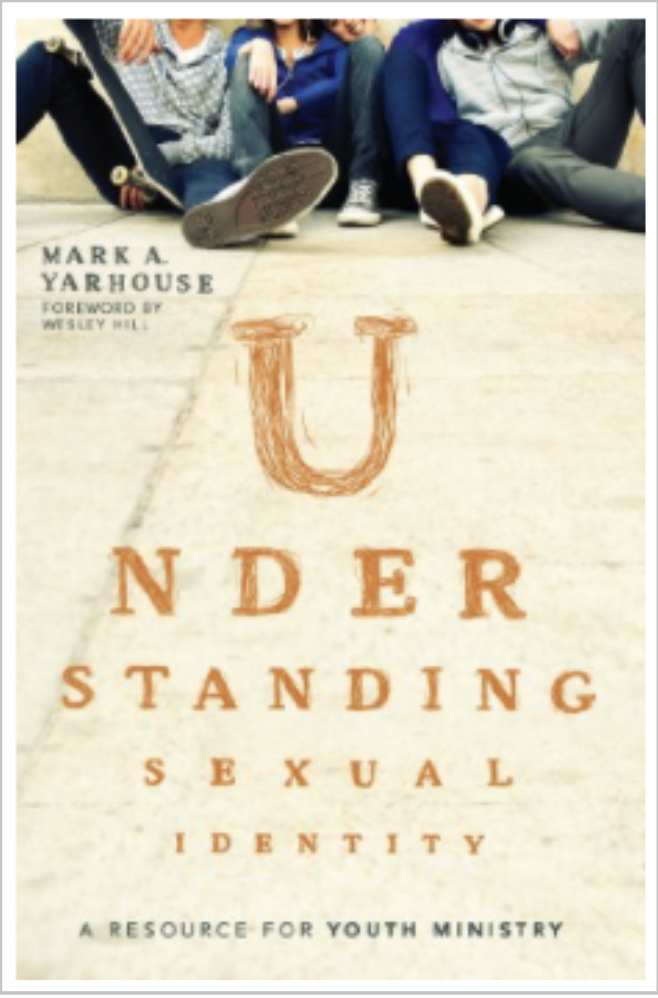 Category: Uncategorized
Genre: Damaging to LGBTQ Community
Publisher: Zondervan 2013
Go to this Review on Amazon & Vote “Helpful” at end of the Review

Leaders are encouraged to slow the conversation down with a youth who wants to talk about this issue. A compassionate exchange is strongly encouraged. Extra points for this one, but if Mom and Dad are not getting the same message out in Big People Church, subtract points.

If the child has not “acted on” the attractions, then there is still time to redirect him/her to self acceptance, to finding a greater identity in Christ along with other areas in which they are gifted, and towards celibacy.

Okay, I am done with the book review. Same old story, nicer words, slower approach with the creation of a safe environment in which gay youth can say “I have same-sex attractions.” But no change in the basic idea that being gay is wrong, broken, unworthy, etc.; and no choice but celibacy for those individuals who are not and cannot be attracted to the opposite sex.

One quick point to make about Yarhouse and his methods and research. He is guilty of bad data. His 2007 report of 30%”successful” sexual orientation change was found by the American Psychological Association to be unreliable. Funded by reparative therapy groups and the now-defunct Exodus, the respondents came from ex-gay groups. They had hoped to find 300 participants, but, after one year, they found only 98. Of the 98, 37 dropped out, 14 stated they were had “satisfactory, if not uncomplicated, heterosexual adjustment” (read: bisexual or still homosexually attracted but dealing with it), and 18 were celibate. This is hardly the model of “success” that needs to be repeated in churches. Or in a youth group.

_________
Disclaimer — I do not have a doctorate in clinical psychology and theology but I have deeply researched the literature on the subject, from every viewpoint. I am a devoted Evangelical Christian, mother of two adult heterosexual children, with many years of practical experience and relationship with gay, lesbian, bisexual and transgender people. Along with ten of thousands of conversations and a passionate God-given calling to advocate for inclusion in the conservative church, I have a fair amount of street cred.
_________
IMPORTANT: If you are the parent of a gay youth and feel as though your church is not a safe environment for your child or for your family to openly discuss homosexuality and faith, consider one of these resources: find a new church home on this list of affirming churches in your area, or visit a local Parents and Friends of Lesbians and Gays (PFLAG) group. View this video on verses. Do not sacrifice your youth to uneducated, well-meaning, good-intentioned leaders.

Gay people are not “sexual broken.”

The the church’s view of them and the system within the church for relating to gay and transgender people is broken.

So how about we try something new that is working?

When the cultural, historic, junk-science and political blinders are removed from the eyes of believers, we are open to the possibility of a more accurate reading of the verses than has been used to condemn the gay community over the last fifty years. (Really, the last fifty years. Look at any pre-1960 Bible translation in common usage and find the word “homosexual.”)

Rather than laying the burden of a sweeter form of shaming on the backs of gay youth until we ultimately repeat the same patterns (they hide, they leave, or they reject God), why not invest time in addressing the issue as educated adults do when they realize the system is not working?

Caution. Don’t, do not, please never, call in a person who has an “ex-gay ministry” to speak to or work with the youth or others in your church — you need to be challenged out of the broken model, not encouraged to dig deeper into the muck that drives people to despair.

There is a growing number of devoted Christians equipped to assist. The help needed to properly care for and love gay youth will not be found in “Understanding Sexual Identity”. The answer lay in fixing the systemic problem in the church. The book offers an aspirin; the church needs surgery.

The leadership of churches needs to engage in productive, insightful, gracious, respectful and educated conversation with those who hold a contrary point of view as to what the Bible might be saying or might not saying about same-sex relationships. Only then can we find a way that is healthy for the Body as a whole, gay and transgender believers included, and glorifying to the One we serve.

[THE ACTUALLY LINKS THAT ARE CLEARLY MISSING are on the post on my blog. I am EASY to find. Links are there. ]