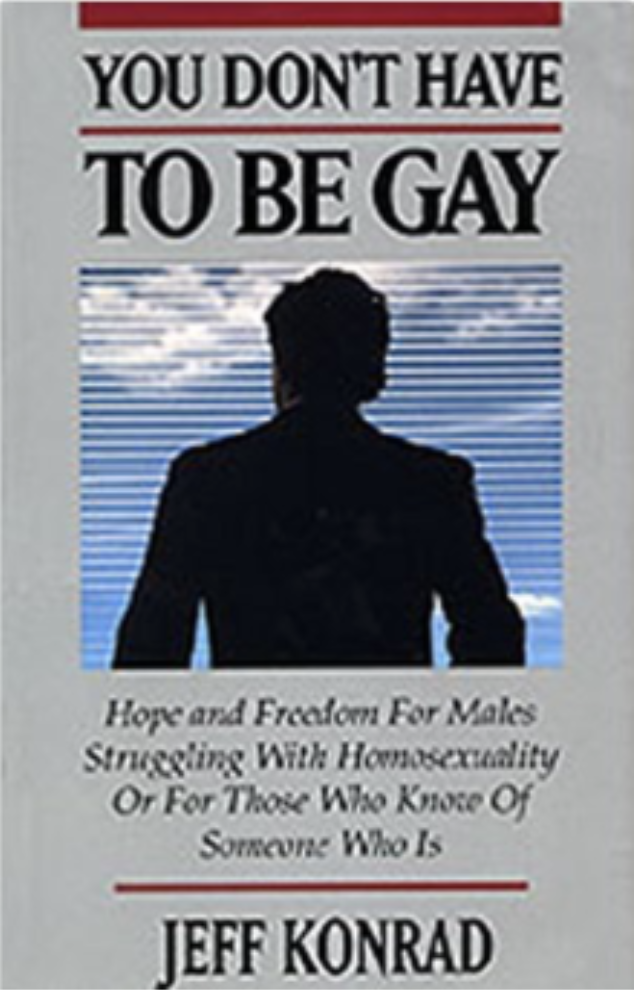 These reviews really can make a difference. Voting Kathy’s reviews as “HELPFUL” on Amazon.com drives the reviews up to the top in Amazon’s Review Rankings. When a reader looks for Reviews, the top positive and the top negative reviews automatically show up.

I read this book because a mother with a gay son told me she recently read the book and found value in it. She challenged me to read it as an authoritative personal account of a former gay man.

Oh my goodness! How could a book written in 1987 (a full thirty years ago) be valued as an accurate depiction of a current experience of gay people, in particular those who identify or are seeking to have a spiritual walk? An incredible amount of information about human sexuality has been discovered over the past thirty years. It had only been fifteen years at the writing of this book that the designation of mental illness had been lifted off homosexuality.

The reparative therapy industry had just recently cropped up within the Christian church starting in the late 1970s with Exodus International. The conservative church had somewhat ignored homosexuality until Anita Bryant came on the scene in 1978. Several conservative groups, primarily based within the televangelist community, saw monetary value in pointing to the threat of “moral decay” caused by others combined with the Christian imperative to rescuing America from other peoples’ sin and stave off the imminent return of Christ.

Gays became a target and some Christian ministries, including three mentioned in this book (Desert Streams, Love in Action and Exodus), ignored what professional health care organizations were discovering (homosexuality as a natural human orientation) and labelled homosexuality as sin needing to be fixed.

This time period was one of heightened and extreme negative focus on the gay community as HIV/AIDS was just coming into view and seen as a homosexual morality issue.

What a time to be gay, especially, if you were a person of faith!

The writer (a hidden identity with the pseudonym of Jeff Konrad) constructs a series of letters over several years imagining them as written between himself and a person named Mike. There were actually three people the author knew named Mike, and they are combined to comprise a singular Mike. One Mike is Mike Haley, who later worked for Focus on the Family and Love in Action. One Mike died of HIV/AIDS and the last Mike remained gay.

Bud (the author, Jeff Konrad) writes to “Mike” about his journey of leaving a long term same-sex relationship to get involved in healing from his homosexuality and going back to church.

Bud relies very heavily on the teaching and writings of Dr. Elizabeth Moberly and quotes her CONSTANTLY as the expert who informed him and can help Mike.

This was one thing I found so fascinating beyond the time at which the book was written, again, in a time when people were still unravelling what human sexuality, in particular, homosexuality was about. Moberly, yes, was a “doctor,” but her doctorate was in theology. She presented herself, and became somewhat of the “darling” of the newly rising Christian fix-the-gay movement, mostly because she wrote what they needed to believe to maintain the gay-as-a-sin narrative.

Moberly did not do ANY research with gay or trans people (who she also wrote about trans issues). The extent of her research was to read: Freud (who by the end of his life in 1939 said homosexuality was along the natural spectrum of human sexuality); Irving Bieber, who wrote a book of his “research” in 1962 and used less than a dozen gay men in therapy over a period of thirty years as his sole information, and Edmund Bergler, who was utterly disavowed by the APA for his cruelty and shameful treatment of his gay clients. THAT list of contributors that became Moberly’s expert base.

She did ZERO new research herself. She had a doctorate in theology, not in any field related to psychology or human sexuality. Her theories were never peer reviewed, or respected, or accepted by the APA.

She is “credited” with introducing the possibility of reparative therapy to the Christian world for gay people. She took long discarded reasons that people might be gay, added Scripture, and offered a new industry of fixing them, in Jesus’ name.

A decade later, the equally non-therapeutic Dr. Joseph Nicolosi, popularized the practice of reparative therapy, and founded NARTH which still pumps out myths as truth. He recently died.

Moberly is Konrad’s spiritual guru in the book, and one should easily be able to see why that would be a significant problem.

If you are looking for a CURRENT account of a gay person’s journey within Christianity, I highly recommend  Torn: Rescuing the Gospel from the Gays-vs.-Christians Debate  written in 2013.

How gay people see themselves, how we as a culture understand gay people, and most definitely, how the professional mental and medical health care organizations view homosexuality today as opposed to the 1980s are WORLDS apart.

The sole value of this book is to understand the shame laid on gay people by people of faith at a time of crisis within the gay community (AIDS crisis). Reading this book and the theories tossed around as truth shows readers just how far this conversation has progressed and how damaging and shaming it was/is.

The letters are tedious. Even the imagined exchanges between Bud and “Mike” are often like reading a high schooler’s diary.

Whatever potential readers intentions may be to read this book, do not read it as a current picture of why people are gay, how gay people act, that gay people can and should be changed to heterosexuals, or as a resource of good and reliable information, especially in the area of psychology.

Incidentally, Moberly eventually left the ex-gay, reparative therapy field after getting into a tiff with Nicolosi. He was “stealing” her stuff (I resist using the word “research” because there was no research) and marketing as his own. She was scheduled to speak at an Exodus conference one year and she wanted to be recognized as THE originator of reparative therapy over Nicolosi. Whatever the conversation was, Moberly did not speak and Nicolosi did.

Moberly returned to the UK and did cancer work.

As to the author today: He never did come out publicly with his identity. There is strong indication that he is a man named “B” who worked at Love in Action for a period. His sexual orientation, sexual identity, and sexual behavior are not matters of public records. In other words, the reader has no idea if “Konrad’s” plan and suggestions even worked for him. There is no accountability. Again, of the three Mikes that were used to create the fictitious Mike in the book, one is dead, one is gay, and the other is in a heterosexual marriage. Harkening back to the words of Alan Chambers, the former president of Exodus, he did not know ONE, not even one person, who had once identified as gay and had become “un-gay.” All these folks at “the top of the game” knew each other. One would be reasonable to include all three “Mikes” in this category of unsuccessful transitions from a homosexual orientation.

It is indeed nothing short of a travesty that this book was and is being used by so many people as a false hope. When I posted on Facebook that I was reading and reviewing this book, the reaction was overwhelming. Gay men white-knuckled their way through depression, shame, counseling (thousands of dollars and multiple years), frequently entering heterosexual marriages unsuccessfully, and more often, walking away from faith all together thinking they had failed God.

It is quite infuriating to still see this book listed on “Must reads about homosexuality” lists. It has zero current value as reliable and authoritative. It still does damage.

If you are willing to take a broadened approach to this issue which lays a contextual foundation in which the Bible was written, understood and recently, interpreted, I suggest my own book  Walking the Bridgeless Canyon: Repairing the Breach Between the Church and the LGBT Community . Read the reviews and see if it might be for you.