By Kathy Baldock on September 12, 2011 in All Posts, Sexual Orientation & Gender Identity
Tweet 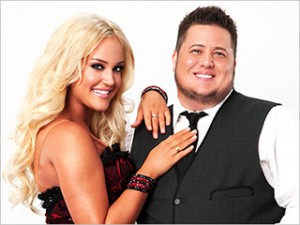 Forty years ago, the gay, lesbian, bisexual and transgender communities tumbled out of the closet at Stonewall, never to go back in again.  Stonewall conveniently produced a replacement for the now-gone communists; after all, nothing unites people like a good ol’ fashioned enemy!  Gay people became the new devil to be protected against.  “Hide your kids, your church doors, your family values—here come the gays.”  And, it worked.  For a time.

Politicians, preachers and conservative groups all found that by building a storyline of the “radical gay agenda,” more people huddled together in fear while supportive wallets popped open.  Small enough in number (only about 5% of the population), the gay, lesbian and bisexual communities became an easy target with benefits.  But, dang it, they are no longer co-operating as child recruiters, family destroyers and Bible burners.  We are starting to realize they are born gay, they love their partners and families, and they can be Jesus-followers.

Who, oh who, shall be the next “enemy” in the historical parade of foes: slaves, Nazis, Communists, gays . . . oh, there, looming on the horizon, there they are: the transgender community.  Mark my word on this, it is happening. The reactions to Chaz Bono dancing across a stage on Dancing With the Stars with a beautiful woman in his arms will clearly reveal the next wave of brewing hatred from politicians, preachers and conservative groups.  A familiar repeat of an old pattern about gays and lesbians, but now targeting the trans community, is already emerging: 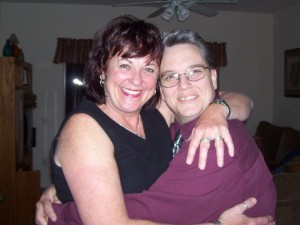 Transgender people are beginning to stand up publicly and join churches; they are becoming business and governmental leaders and are no longer conveniently hiding.  They are a very small percentage of the population (again, a good target) being only about .25% to 1%.  Insignificant?  Maybe in a room of fifty people.  But in the US, that means at least 900,000 people.  That is not a toss away number.

If you do not understand the transgender issue, then please, get some understanding so that you no longer say stupid and offensive things.  Gender Dysphoria Organization is a good place to start, or even my own simple post “Can Sized 14 Heels Keep You Out of Heaven?” from a Biblical point of view.  Simply: 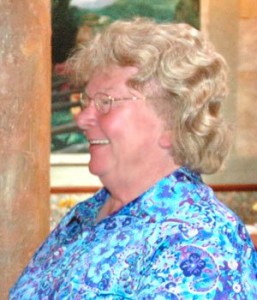 As the transcommunity is bravely raising its head and stepping out publicly, they are challenging society’s definition of gender and it will not be comfortable on either side.  This highly marginalized group is now in their own “Stonewall” period.  “We are here, we are valuable, and we too are children of God.”  Seeing Chaz Bono dance across a stage will be too much for some people, and it will add to the already brewing rumblings of “oh no you don’t.”

Be better than that.  Don’t add obstacles to the already difficult road laid before transmen and transwomen.  They have the highest attempted suicide rate in the US.  The highest unemployment rate.  The highest rate of discrimination in employment and housing.  They want what we all do: dignity and respect.  Not transgender rights.  Just equal rights.

Someone voiced a valid comment to me when I suggested the onus be upon her/you to get informed about this small minority. Genia said: 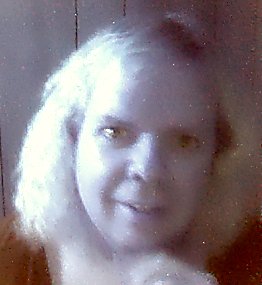 So how do we go about gaining practical, relational knowledge when the likelihood is that most of us probably don’t know any transgender people?  Transgender people, for the most part, are masters at suppressing who they are to survive.  They invent ways to keep their identity hidden just to stay alive sometimes.  If intimacy in relationship means uncovering that, they need to feel safe.  If you are a person that already indicates discomfort with the gay, lesbian and bisexual community, you would not be a safe or approachable person.

Good question, Genia.  I learned this concept in my own relationship with my first very close lesbian friend, Netto. She did not tell me for a year that she was gay.  It took her that long to assess me as “safe” and “trustworthy,” and that was the beginning of my understanding and empathy for her and the glbt community at large.  When people feel safe, they will be more open and intimate.  And thus begins the process of mutual trust.

Until then, practical knowledge can be an entrée into conquering ignorant thinking about transgender people.  The lies and misinformation I hear people babble about this group is maddening.  When I started to understand gender dysphoria, oh my, did the transfriend flood gates open!  I was seen to be safe, compassionate and understanding and now, my friend-garden is filled with the most interesting of people that do not fit into my neighbor’s pink and blue flowerbox.  I am the blessed one.

And to the transgender people reading this, forgive us for being uninformed and fearful.  The encouragement to you is that five years ago, I too discounted you.  I walked to the center and so did the very gracious Cecilia .  Actually, she walked most of the way and I stumbled onto her path.  If you see that there is that “thing” in us that looks safe and you are confident, please help us understand you.

So, here is a final story with flesh.  Recently, I was travelling back to my home in Nevada from California with a transwoman friend of mine, Lisa.  I live near Lake Tahoe and was intent that she should swim in Tahoe before she went back home.  “Make sure you bring a bathing suit with you,” I told her.  As a little boy at ten, he was self-conscious about his naked chest.  Something in his head told him to cover up.  Not even knowing anything about the differences between boys and girls beyond “girls wore dresses, were smaller and had long hair,” he felt “exposed” and tried to hide his chest when he swam.  Gym class was a nightmare when the teams would break into “skins” and “shirts.”  If he were on the topless “skins” team, it was intensely embarrassing.  He purposely missed swim team group photos; this was not a “body image” issue, it was a “deep knowing”; the sight of his penis was “awkward,” like it did not belong. 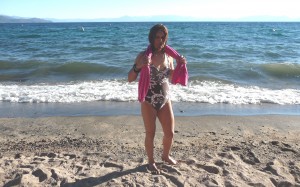 I did not know any of this when I invited my friend Lisa to swim that evening in Lake Tahoe.  It was the first time she had gone swimming since her SRS.  She dove into the water looking gorgeous in her swimsuit and got out and walked comfortably back to our towels in front of a group of young men.  She did not use an towel over her swimsuit to cover her chest; she was no longer ashamed.  Her body matched her brain and the disconnected pieces were now melded.  She also realized she was no longer covering up and it overwhelmed her as she told me her story.  A simple swim for me was freedom to Lisa.

When Chaz hits the floor dancing on September 19th on Dancing With the Stars, he will be dancing for so many of you, publicly standing in the face of bias and bigotry that so many of you experience.  We can attempt to force our binary, pink-and-blue view on the .25 – 1% because they are messy to us and we need them to exist within our comfort zones.  Or, we can try to be Jesus-people and accept others for who they are.  I imagine we serve a Wonderful Creator Who really is creative; in all this lovely complexity of humanity, He understands both gender and sex.  Plenty of people are already plotting the next onslaught of bigotry directed at the transgender community.  Some people will react with scorn and “how dare he/she” comments.  Try not to be in that prison with them.  I say “Dance, Chaz.  Swim, Lisa. God loves you just the way you are.”

*Altho the transcommunity was VERY present at Stonewall, they did not become the focus of the public backlash.  We have ignored them until recently.