By Kathy Baldock on November 25, 2017 in Bible/Scripture, Book Reviews
Tweet 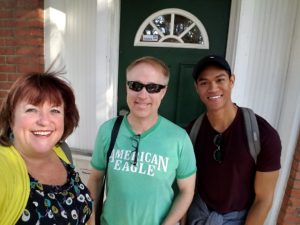 Since releasing my book, Walking the Bridgeless Canyon, in 2014, every time I’ve spoke during extended presentations and referred to the translation and combining of two Greek words, arsenokoitai and malakos, as one word “homosexual” in the 1946 New Testament Revised Standard Version (RSV) of 1 Corinthians 6: 9-10, I would say that I believed this specific translation was more ideological and cultural than theological.

One day, a friend, Ed Oxford, asked, “Kathy, would you like to prove your theory?” My goodness, I thought, of course I’d like to prove this!

Ed suggested that we plan a trip to New Haven, CT to search the archives of Yale University where the notes from the 1946 RSV translation team were archived. The team leader was Dr. Luther Weigle, who had once been the dean of Yale Divinity School. Upon his death, all of Weigle’s papers were archived at Yale University.

[While I am in the midst of writing a second book which will fully detail this incredibly exciting and groundbreaking research, (this book with help from Ed), I wanted to share some interesting overviews in this short article.]

Ed and I travelled back to New Haven for five days in September where we spent time poring through dozens of boxes of archived materials along with 22 rolls of microfilm materials, each film containing over 2,000 sheets of paper. We brought Peter along to help document our findings on video and in pictures as we continued the arduous task of investigation. 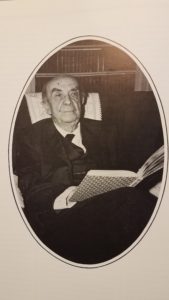 We quickly found that Dr. Weigle was not only a prolific writer and note-taker, he seems to have kept everything. Amusingly, I even found a list of soups he liked suggesting that his wife bring some along to their New England get-away home. There were hundreds of genial and chatty letters about birthdays, weddings, professional staff and scholarly appointments, baby well wishes, and get well letters. Dr. Weigle also subscribed to several newspaper clipping services. If his name appeared in any publication, a copy was sent to him for his collection and also ended up in the archives. It became apparent from the first day that we were hunting for the proverbial needle in a haystack!

But, during the third day of diligent digging and searching we found what we were looking for.

Amongst those tens of thousands of documents, there was a single exchange from the mid-1950s of three letters in each directions between a young seminarian and Dr. Weigle. The seminarian questioned Dr. Weigle and the team’s theological translation of arsenokoitai and malakos as “homosexual.” With impressive detail, grace and humility, the seminarian fully and articulately substantiated a most excellent case as to why he believed “homosexual” was an inaccurate translation. If was as if this young man had an uncanny clarity we have today about the translation of two specific Greek words. It was remarkable!

As soon as I spotted the letters, I didn’t read beyond the first paragraph. I called Ed over, and Peter turned on two video recorders as Ed and I slowly, thoughtfully, and analytically read slowly through the exchanges for the next half hour. 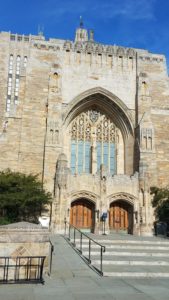 We would later realize that this mailed exchange was the only interaction that we would find in all the documents between Dr. Weigle and anyone else concerning this monumental first time decision to use the word homosexual.

Even in the hundreds of articles written about the RSV in the two decades following it release, absolutely no one referred to the newly introduced word “homosexual” that appeared in the RSV Bible for the first time. What is a significant decision and insertion to us seemed not to register on anyone’s radar. It didn’t appear to matter to anyone except this one young seminarian.

After spending time “living” with and experiencing the character of Dr. Weigle through his expansive archived collection, both Ed and I are convinced that the team intended no malice in their translation work. While there are clearly significant and damaging implications resulting from the placement of the word homosexual in the 1946 RSV, the team’s translation of arsenokoitai and malakos combined as “homosexual” was originally done in ignorance and lack of understanding as to what a homosexual is and what homosexuality means that was typical of the time .

A bit of a diversion is necessary here to explain what I mean by “ignorance and lack of understanding typical of the time.” 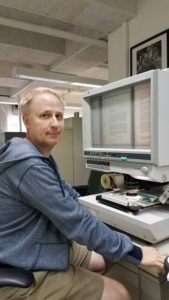 Before a critical shift the 1870s of viewing peoples’ sexuality according to the object of their attraction, a person’s sexual status was determined by the role they played in the sex act. In sex, there was always one person taking the power and dominant role of penetration, while the other was being subjugated and penetrated. Every example of same-sex interaction in the Bible is an example of: subjugation through rape or violence, or excessive or lustful behavior done with full disregard of acceptable social and sexual norms of male dominance, self control, or sex towards procreation.

We would not expect, and do not see, any favorable or positive examples of sexual relationships between two males of equal status in cultural literature anytime before the late 1800s, nor in ancient texts such as the Bible. Again, to be clear, in ancient cultures, male-male sexual interaction in literature and the Bible involved age and/or power differential.

The intention of the RSV team and publishers was to create a version of the Bible that was more readable and accessible in its updated language. As the translation team labored throughout the years, they based their work mainly on the King James Version (1611), the English Standard Version (1885), and the American Standard Version (1901). Specifically regarding 1 Corinthians 6:9-10, the translation team relied mainly upon a fairly recent translation of arsenokoitai and malakos as catamite and sodomite, respectively, that had appeared in the Moffat Bible (1925). James Moffatt, a Scottish theologian, was a member of the RSV translation team, and second in seniority to Dr. Weigle. Those two words, although still problematic in the Moffatt translation, were actually somewhat more reflective of the actual meaning of arsenokoitai and malakos than “homosexual.”

Another stunning discovery we made during our research was that nobody had gone through these archives and the microfilms in total before us. It was clear from the placement of paperclips and paper-upon-paper staining over time that the majority of files had never been explored.

It’s become quite obvious to those of us who are intent on discovering the purity, clarity, and the true meanings of ancient text in ancient context, that the word homosexual does not belong in any Bible translation. So now to further my research as I write the next book, I plan on digging into the work and records of the modern translation teams to try to separate out their theological work from what I believe is, once again, highly ideological and cultural biases. And, I believe there’s even a bit of political implications in these translations as well. 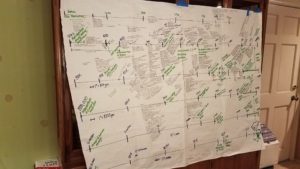 I will be cataloguing the ongoing work and research in monthly videos and frequent blog posts. If you want to remain up-to-date, sent me a note and I will place you on the mailing list: newsletter@canyonwalkerconnections.com

Also, I am looking for monthly donors and one-time gifts so that I can focus on this important work and next book. Thank you!