There is significant interest in the new project I am working on with Ed Oxford, the next book with a working title of Forging a Sacred Weapon: How the Bible Became Anti-Gay.

The book is expected to be published in summer 2021. It will be compelling! I am staying at home winter/spring 2020 to finish the project. A documentary by filmmaker Rocky Roggio will accompany the book release winter 2021.

1946: The Translation that Shifted a Culture – OFFICIAL TRAILER – Original Music by Mary Lambert from Sharon Roggio.

The mission of Canyonwalker Connections, founded in 2011 by Executive Director Kathy Baldock, is to repair the division existing between social and Christian conservatives and the lesbian, gay, bisexual, transgender, and queer (LGBTQ) communities through education, training, encouragement, and dialogue in both secular and religious environments.

Canyonwalker Connections: uncovers and explores long-standing influences that have led to the discrimination of the LGBTQ community; increases and facilitates civil conversations and solutions for broader inclusion of the historically marginalized LGBTQ community. 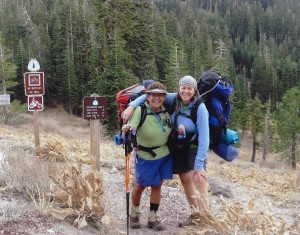 In 2001, Baldock, well-insulated in the conservative Christian church and social spheres with no gay friends, strongly believes one could not be both gay and Christian. After befriending a fellow hiker – a gay, lesbian, agnostic, Native American woman, Netto Montoya – on the trails near her home in the Sierra Nevada, Baldock’s deeply entrenched cultural attitudes toward the gay community were challenged. Since none of her new gay friends openly identified as Christian, Baldock was able to maintain the wall between the two words “gay” and “Christian.”

When I first heard you speak at a local conference last year I was touched by the passion and drive that the Lord had put on your heart for this topic. You are filling a hole in the story that has not been told and I’m excited to see where it leads. Thank You for standing up when called.” Clifton, KC, MO

After reading an article in the New York Times about gay Christians in 2007, Baldock became the first straight Christian advocate to attend the Gay Christian Network (GCN, now, QCF) annual conference. The intention was simple: to witness expressions of faith in the LGBTQ community. The relationships established at the conference set Baldock on a path to becoming an ally, and eventually a strong advocate for LGBTQ people of faith in conservative Christian communities and beyond. 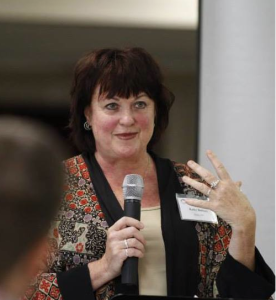 Baldock has been blogging and speaking for equality and inclusion in churches and at national conferences since 2009. Baldock left her job as a successful salesperson in the tech industry hoping to make a significant impact for justice in conservative faith communities.

Baldock has become a prominent female voice for the inclusion of the LGBTQ community in conservative churches. In 2014 she published Walking the Bridgeless Canyon: Repairing the Breach Between the Church and the LGBT Community and is one of the foremost experts on the history of the cultural and religious discrimination of the LGBT community in America.

Kathy’s seminar has changed my whole understanding of the history of the American Church, American politics, and the LGBT community. Her precise way of cutting through the lies, mistruths, and ignorance of the general population regarding this information is transformative. I walked away with a better understanding of what society has said about LGBT persons versus what God has said about LGBT persons. This understanding gave me freedom of faith, an acceptance of my own sexuality, and cultivated healing and wholeness in my life.” – Alisa, San Francisco

Here is what people say about Canyonwalker Connections. 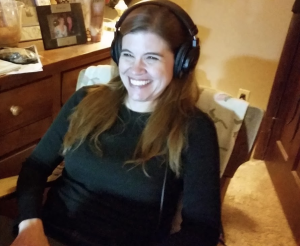 Yvette Cantu Schneider informally joined Canyonwalker Connections in 2014 as an advisor. Schneider was a former policy analyst and speaker for the Family Research Council in Washington, DC, and was the head of Women’s Ministry at Exodus International, a Christian reparative therapy ministry.

Together, Baldock and Schneider engage in gracious, moderate, and well-researched presentations and dialogue. Canyonwalker Connections educates through:

Kathy Baldock has achieved something remarkable. By tying together such disparate threads as historical understandings of sexuality, scientific discovery, 20th century political movements, and scriptural translation, she’s created a timeline we can look to to better understand where we have come from and where we are now.

At a time of passionate discord over the efficacy of gay relationships and the mainstreaming of marginalized LGBT people both within the church and society, Baldock offers a necessary tonic to our understandings. Regardless of anyone’s position on these matters, there is something new to be heard here.

Baldock herself is eloquent, charming and often quite funny. She seems to take herself seriously only in her passion for God, for truth, and setting people free – people who have been held captive for far too long by fear, by misunderstanding, and by just plain bad practice of the Gospel of Jesus Christ.” Shane, Sacramento, CA

In public presentations, writing, podcasts, and webinars we cover a variety of topics: 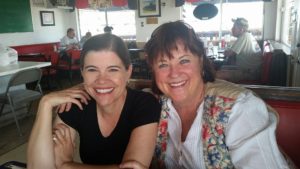 Public presentations range from one hour long to full days (8 hours). We speak at churches, civic groups, PFLAGS, universities, and colleges, on panels and Gay-Straight Alliances in schools. Contact Kathy@canyonwalkerconnections.com for more information.

Canyonwalker’s seminar has changed my whole understanding of the history of the American Church, American politics, and the LGBT community. Her precise way of cutting through the lies, mistruths, and ignorance of the general population regarding this information is transformative. I walked away with a better understanding of what society has said about LGBT persons versus what God has said about LGBT persons. This understanding gave me freedom of faith, an acceptance of my own sexuality, and cultivated healing and wholeness in my life.