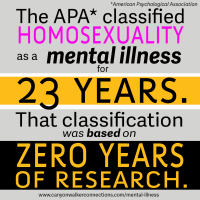 In 1896, Sigmund Freud (1856–1939) founded a new strain of psychology and called it psychoanalysis. Most of his theories, resolutions, and treatments linked to assumptions he had formulated about various stages of sexual subconsciousness, from infancy through its progression during childhood and into adulthood.

Most mental illnesses, he speculated, began with sexual abuse, fear of sex, or guilt about sex. Though his theories were baseless, they caught on, partly due to the scandalous intrigue they held for a culture emerging from the sexually repressed Victorian Era. 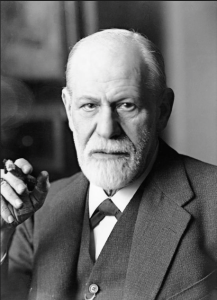 Fast forward just a few years and hop across the pond to America, and you see people first recognized as exclusively same-sex attracted in the 1920s.

Predictably, Freud thought the “mental illness” of both lesbians and gay men (who were then called “sexual inverts”) was due to disrupted childhood psychosexual stages. Freud had set the benchmark with his creative theorizing, albeit with no scientific support and little client interaction. Many psychoanalysts followed in his footsteps.

So how did American psychoanalysts, whose practices were founded in Freud’s revolutionary thought, move from a posture of questioning and theorizing about the root causes of homosexuality to a stance of declaring “truths” about causes and treatment methods?

To answer this, it is important to note that the virulent strain of homophobic psychoanalysis that developed in America from the 1930s forward was, for the most part, a purely American phenomenon. 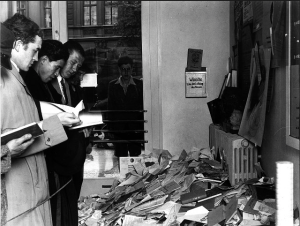 The atmosphere within the therapy community in England was quite different than in the United States. England had absorbed a far greater number of progressive Austrian, German, and Jewish psychoanalysts from Germany and its annexed countries than had the United States during and after World War II. When Hitler annexed Austria, Freud himself became an exile in London.

Freud’s own conclusion near the time of his death that homosexuality was not a mental illness did not impact the American psychoanalytic community.

In Europe, psychoanalysts relied on the extensive research accumulated since the late 1800s about human sexuality and tended toward more progressive attitudes. One might think that the psychoanalysts who did immigrate to America, rather than going to England, would have brought that same richness and understanding about human sexuality into the far more conservative American culture.

But that didn’t happen.

In large part, the psychoanalysts who came to America were tired of the social chaos and Nazi purges, including the burning of their research institutions in Germany. The general unrest in Europe had enticed them to settle into the more peaceful environment available in America.

At the same time, however, an overt atmosphere of anti-Semitism and anti-German sentiments prevailed in the United States, so the many immigrant psychoanalysts who were both Jewish and/or German did in puritanical America what newly arriving immigrants have done throughout the centuries: They worked hard to fit into their new communities and to not stand out. 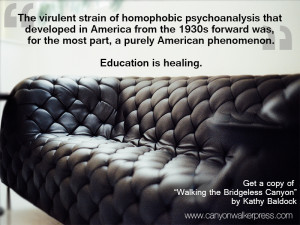 Even if once-progressive psychoanalysts wanted to speak out in favor of greater understanding for gay people, they couldn’t dare to risk the consequences of the growing public anti-German and anti-Jewish wrath in America.

In order for the immigrant psychoanalysts to fit in, many of them became the most conformist and conservative practitioners in their profession.

It’s important to emphasize: The homophobic strain of psychoanalysis during the middle of the 20th century, for the most part, was an American phenomenon.

American psychoanalysts who became the “experts” on homosexuality

Here is a short list of the American-based psychoanalysts responsible for the label of “mental illness” that was placed on homosexuality: 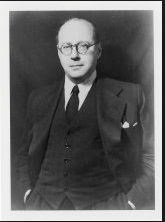 Edmund Bergler (1899-1962), a leading “expert,” only studied the case histories of eleven gay patients, seven of whom were schizophrenic. Based on such a limited pool of patients, Bergler was widely published on the topic of homosexuality throughout his thirty-year career. 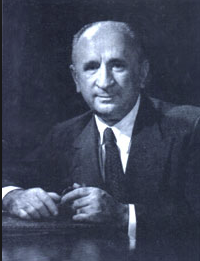 Sandor Rado (1890-1972) asserted that homosexuality was a pathological illness caused by a childs’ phobic avoidance of the opposite-sex parent. As was the case with Bergler, Rado didn’t base his assumptions on science. He, too, formulated theories based on his limited work with an extremely small client base. It was Rado who, without any proof of “success,” introduced the concept of the possibility of change from homosexuality to heterosexuality. 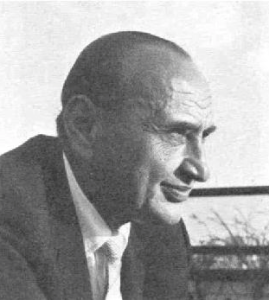 Continuing in the tradition of creating treatment schemes based on work with very few clients in therapy only, Irving Bieber (1909-1991) compiled information from 106 patients. Again, he studied onlygay men already in therapy. Bieber authored a non-scientific study in 1962 in which he boasted a 27% success conversion rate to heterosexuality.

Though Bieber’s study has been long disproven and refuted by every professional mental health organization, this 1962 non-scientific study is still cited by anti-gay, conservative Christian groups and change therapy ministries as “proof” of change from homosexuality to heterosexuality. 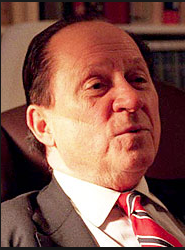 Charles Socarides (1922-2005) is perhaps the best known of the influential group of therapists who focused on the pathology of homosexuality. He was the go-to man for the media from the 1960s to the 1980s. Socarides placed the blame of “creating” homosexual children squarely on the backs of “dysfunctional parenting,” specifically distant fathers and overbearing mothers.

What was the scientific basis for designating  homosexuality as a mental illness?

Psychoanalysts’ theories and treatment of gays were based on imaginings and postulations that had started with Freud. Instead of conducting thorough, ethical, and scientific studies to answer the questions Freud had raised, psychoanalysts expanded on assertions created from flawed theories, gross assumptions, and insufficient research on the lives of a limited number of patients in therapy.

Science had never been used to classify homosexuality as pathological.

Homosexuality had been misdiagnosed through biased, careless, morally based observations and false assumptions by a select few on the basis of a very small group of gays in therapy.

So, again, how much scientific and medical research was conducted leading up to designating homosexuality as a mental illness? None.

Related article : How Did Homosexuality Become a Mental Illness?