BOARD OF DIRECTORS FOR CANYONWALKER CONNECTIONS

Canyonwalker Connections Becomes a 501 c 3 and this is the Board under Executive Director, Kathy Baldock. 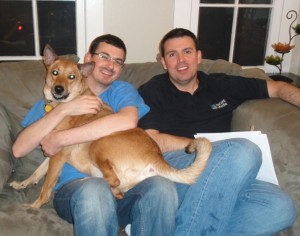 Richard was born and raised in Richmond, CA, just across the bay from San Francisco. Growing up in a loving Southern Baptist home, he was weaned from the baby bottle directly to the text of the Bible. An expert in technology, he chose to skip college and began a career at Bank of America in 1993 where he worked on post-merger technology integrations.

In 1999, after several years of searching for a solution to the dwindling representation of 20-something folk in the Church, Richard relocated to Chicago to join a well-known suburban Mega-Church with the goal of learning as much as he could about their successes bridging the generation gap. Along the way, he joined an early stage technology outsourcing firm to establish their presence in the midwest, returned to college at DePaul University where he completed a Bachelors degree in Leadership Studies and Change Management, and served on the lead team during the launch of the church’s new regional campus in downtown Chicago.
After graduating in 2005 he took a gap year to himself and traveled through Asia, Australia, and Europe to decompress before heading west to Los Angeles in 2006 where, for the first time in his life, he was not actively involved in ministry. That was when all the “stuff on the shelf” was finally taken down, examined, grieved, celebrated, and, finally, integrated. The result was a coming out experience unexpected by many in his life, one marked by a strong knowledge of God’s grace and love for him regardless of his orientation.

Since returning to California Richard has worked in the post-production industry, helping filmmakers manage the logistics of moving heaps of data around the world as they chase the latest production tax incentive. Always the glutton for punishment, he is also pursuing his MBA at The Anderson School of Management at UCLA.

Richard currently resides in Sydney, Australia with his fiancé, Dean, and their dog Jasper.

Dean was born and raised on a family farm in eastern North Carolina.  He grew up in a small Free Will Baptist church built by his great-grandfather on the farm, and it was there that he gave his life to Christ.  After attending college at North Carolina State University, he moved to South Carolina, then Texas for a career in aerospace electrical engineering.  In 2006, he moved back home to North Carolina and continued to work in the aerospace industry.

In 2007, with the help of a wonderful friend, Dean finally acknowledged that he was gay.   Through months of prayer, counseling, and support, he came to reconcile that part of his life with his faith.

At a Gay Christian Network conference, he met Richard Archambault one night at dinner and they immediately bonded over their shared interest in travel.  Over the next year, their relationship continued to grow over the distance.  In 2011,  Dean (along with his dog Jasper) moved to Los Angeles to continue the relationship in the same city.  They now engaged and live in Sydney, Australia. 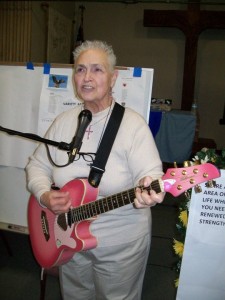 At the age of 16, She devoted her life and musical talents to Christian ministries. She traveled across the country, preaching in tents or Churches She  had one message then, as now, to make Jesus Christ known to all people.

Throughout the years, She established churches; ran a drug rehab center, adopted 10 children from Mexico, and traveled with her singing group, Naomi and the Joyful Sounds. She could have been derailed and cursed God when she  was attacked by drug lords which left her body broken; her home burned to the ground and 2 of her 10 adopted children murdered. She carried a gun to protect her family  and through an unfortunate set of circumstances with an error in prescription medication and a PTSS event, She took a life. She was sentenced to 17 years to life in prison for a second degree murder.

At age 40, She was in prison and forced to come to grips with her true sexual orientation. Her generation was taught that homosexuality was a sin and she knew she was committed to serve God, not sin against Him. She was ostracized by church and some of her family as she began the journey of reconciliation and understanding of God’s love for all his children, straight, gay, lesbian, bisexual and transgendered. When she was released from prison after 5 years, she began to reach out in a fully inclusive ministry.

Now, in her 70’s she is more committed than ever to preach Jesus to the entire world. She has recently begun a new ministry in Portland Oregon.  She continues to travel around the country, ministering the full Gospel to everyone. The miracles of healing and transformation are told in her newly revised book: A Miracle Woman-the Naomi Harvey story. It is as told to Darlene Bogle.

Naomi can be contacted through www.Ingatheringharvest.ning.com; or my personal email: revnaomi@live.com 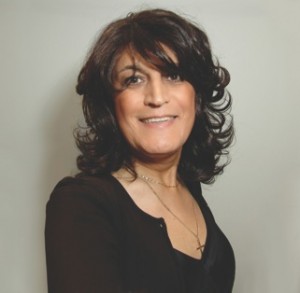 Lisa was born in Colombia, grew up in California and moved to Vancouver, BC in the early 1970s to start a successful career as a graphic designer and photographer. After living for 25 years as a devoted husband and father, Lisa was diagnosed with gender dysphoria. She had struggled with a gender identity that did not conform to her biological sex ever since she can remember. This diagnosis was both a blessing and a curse. Though it offered an explanation for her years of struggle, confusion and guilt, it did not offer any simple solutions. It would take another ten years before she could come to terms with the diagnosis. She first had to reconcile what the doctors said with her faith in Jesus Christ.

For years, she had used clobber passages in an attempt to correct the flaw and fight the spiritual battle. It was Jesus’ words on eunuchs that finally breached the gap between faith and her medical condition. This allowed her to begin the difficult process of transitioning from living as a man to living as a woman; transforming her body medically and surgically. She knew it would impact the most important people in her life, her wife and three sons. For years, she had shown her love for them by attempting to die to herself daily—suppressing who she was.

In 2007, she came to the point where the most loving thing she could do now was to choose life, even if this meant making hard choices. She began her transition in July 2008. “This is not what I wanted to do—it is what I had to do. There was no thrill in this. My decision had nothing to do with courage; it was an act of desperation. The alternative was dying,” she says. Lisa has recently published her autobiography “Transparently—Behind the Scenes of a Good Life,” which will be available through Amazon.com in July, 2011. 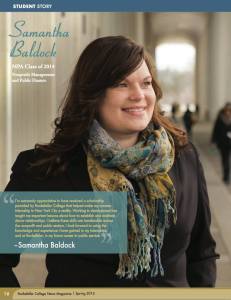 Samantha (Sam) Baldock graduated as Senior Scholar for the College of Business Administration at the University of Nevada, Reno in 2010. Her honors thesis was done on non-profit organizations. After two years as a Research Analyst at  Synergy Research Group in Reno, Nevada, Sam earned her Masters in Public Aministration from The State University of New York in Albany.

Sam is an Excelsior Fellow at Empire State Development in NYC.

She is a skilled leader, listener, and communicator who brings fresh ideas and understanding of the younger segments of society to the Board. Canyonwalker Connections has a distinct initiative to reach out to and interact with youth to educate them about LGBT issues and equality. How do we reach those younger straight allies, how do we engage them in the process, what are the most effective ways to help them understand the issue?

Sam understands the funding and grants process as well. These are assets Sam brings to the Board.