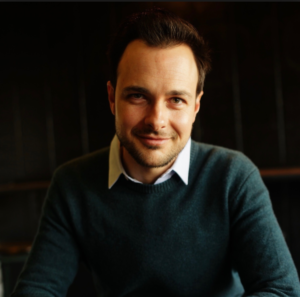 There's a new method of "fixing the gays" that is descending from heaven. Or more correctly stated, since previous methods and therapies to convert those who are homosexual to heterosexuality have become the negative subject of movies, books, and documentaries, and have been found by experts and LGBTQ people themselves to be damaging, ineffective, and even illegal in some states, the ever-shifting goalposts of expectation set by social and religious conservatives are once again moving.

And, we've got yet another remedy.

Continuing in the footsteps of his recently deceased father, Dr. Joseph Nicolosi, Dr. Joseph Nicolosi, Jr. has created Reintegrative Therapy Association and trademarked his "reintegrative therapy" technique. Reintegrative therapy is described as: "help(ing) the client to "reintegrate" the split-off parts of himself that were created due to childhood trauma. Using established, mainstream, evidence-based treatment interventions, the client and therapist enter into a collaborative relationship, with the client ultimately in the driver's seat." 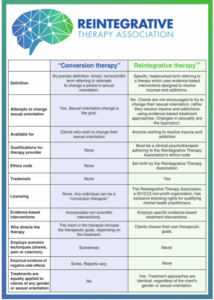 You say potatoes, I say pohtahtos

Nicolosi Jr. is in the early stages of launching his new technique which may appear to be quite similar to reparative therapy because it is. Nuanced subtly to create microns of space to distance itself from reparative therapy, reintegrative therapy seeks to heal childhood wounds so that homosexual feelings vanish, or even disappear.

Nicolosi, Jr recently appeared on the radio podcast AskDrBrown (author of several the-gays-must-change-and-are-endangering-the-culture-and-assaulting-Christianity-books) to explain his methods and upcoming plans, including a book on the topic and international training sessions for therapists who want to use this technique.

During the two-part interview, Pickup asserted that his counseling methods were based on love, wisdom, compassion, truth, and respect for the rights of his clients. Along with Dobson, he rehashed old, disproven causes of homosexuality along with benefits of therapy, including:

Along with the launch of Reintegrative Therapy Association, they've produced Free to Love, a new documentary espousing the benefits of its techniques in the telling of stories of four men. Juxtaposed to calm, well-spoken ex-gays, or no longer gays, or mostly heterosexual gays, every depiction of an interview with a member of the LGBTQ community is carefully selected to feature "more colorful people" and is within the setting of a California gay pride event. The authentic lives of same-sex married couples, same-sex families, LGBTQ Christians, and pastors have no space within the documentary's disingenuous stereotyping.

So, here we've been offered another way to fix the gays and transgender people. You might think it could be time to realize that human sexuality does exist along a natural and healthy spectrum, but, once again, some are seeking to create a "new" technique to fix what is not broken.

Though brief, here is a quick overview of the goalposts of expectations that have been created for the social and personal lives of lesbian, gay, bisexual, transgender, and queer people. They've continually moved along slowly over the past 150 years:

It might be time to stop lugging around this expectational, already proven ineffective, and damaging goalposts and just let LGBTQ people live their lives along with us heterosexuals. Perhaps then Christians, in particular, can get on to weightier things of the Gospel than goalpost lugging: take care of the poor and hungry, lift oppression, fight injustice, serve others, and make disciples of those that you treat in such a way that they want to know God.