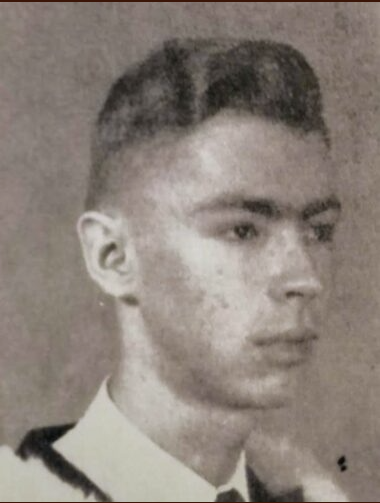 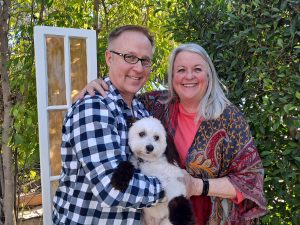 I’ve posted few updates on the work Ed Oxford and I are doing for the upcoming book Forging a Sacred Weapon: How the Bible became Anti-Gay. This has been intentional. The information in the book will likely be transformational for some, yet for others, it may have them screaming “heretics!” from Chapter 3 on.

We have offered bits of insights from the book, in particular, the way the book is constructed with foundational fact upon fact until we arrive at a solid thesis 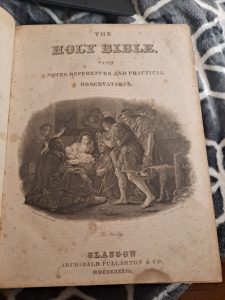 that placing the word “homosexual” in the Bible was an error. We've often been met with a series of assumptions from our early detractors about what we have not done, what we are not addressing, or do not understand, or are ignoring. Frankly, we don’t have time to engage with false assumptions.

There have been long podcasts, full sermons, frequent posts, and even a book (really) refuting our work. The book and documentary are not even out yet, still, some say we are ridiculous, wrong, uneducated, untrained, not Christians, don’t respect the Bible, and not addressing (fill in the blank).

I spent five days in Long Beach last week to get some final work done with Ed. Yvette came along and we spent hours going through Bibles, lexicons, and invaluable commentaries dating back hundreds of years. We compared and not only noted what was written, but what was not written. 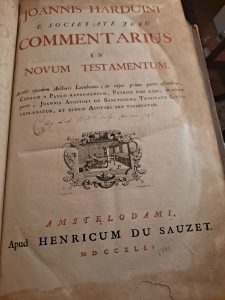 Punchline—the concept that key verses used against the LGBTQ+ community were about LGBTQ+ people is a very modern invention. Very modern.

Ed has amassed a huge and costly collection of Bibles, lexicons, dictionaries, and commentaries so that we can do the work and keep revisiting it. His vast collection spans bookcases and shelves throughout many rooms in his home. It is stunning and impressive.

I cannot imagine that the majority of the Christian authors who dedicate their time and energy to anti-LGBTQ+ theology have done the work we have. As I often say—anti-LGBTQ+ “theology” is sloppy. It is filled with ideology, personal disgust, cultural opinions, internal homophobia, and words and verses taken out of context or interpreted with little understanding of history.

This past week, I found an unexpected golden nugget amongst the hundreds of books in 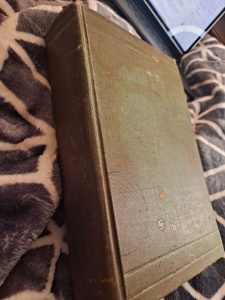 Ed’s collection. Ed owns an obscure commentary written by a member of the translation team. The commentary pre-dated the Revised Standard Version translation by about a decade. I did not even know it existed. Because I spend much of my work and time understanding historical context, this resource presented another key piece to the mistranslation error. (Sorry, no clues yet, it will all be IN CONTEXT in the book.)

Ed and I both hope that Forging a Sacred Weapon: How the Bible became Anti-Gay will lay solid factual foundations to help people understand the word “homosexual” should never have been placed in the RSV.

The head of the RSV translation team admitted the error almost two decades after the decision was made. The team changed the word to “sexual perverts” as soon as contractually possible, in the 1971 revision.

In the latest version, available online now and to be released in book form this spring, the I Corinthians 6:9-10 verse reads “Do you not know the wrongdoers will not inherit the kingdom 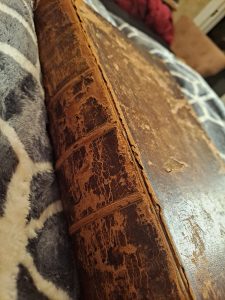 Of God? Do not be deceived! The sexually immoral, idolators, adulterers, male prostitutes, men who engage in illicit sex, . . . . will not inherit the kingdom of God.” The word "homosexual" has been omitted.

Some of the most vocal anti-LGBTQ+ religious leaders are not pleased with the 2022 NRSVue revision. The new translation takes the burden off LGBTQ+ people exclusively and places the burden of sin on any man who uses and abuses sex. (Women are not included in “male prostitutes, men who engage in illicit sex.”)

We anticipate the book will be done, edited, indexed, and out by Fall 2022. The release of the 1946 documentary closely follows our timeline. The two projects are complementary but led by separate teams.

Ed and I are a good team. The work is solid.

If you would like to support the work of Canyonwalker Connections in the final push, we would appreciate it. Donate HERE.

You can preorder Forging a Sacred Weapon: How the Bible became Anti-Gay HERE. 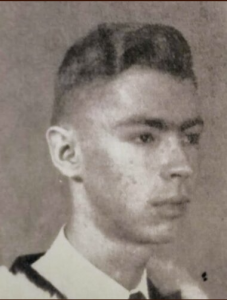 In 1959, David was a 21-year-old first-year seminary student in Canada. Everyone around him recognized him as a spiritually sensitive person. His mother knew when he was six years old that she needed to switch church homes so that young David could be in a better Sunday school program. His minister, who had watched him grow spiritually through his teen years into early manhood, recommended him for the United Church ministry track at age nineteen. People around him recognized him as someone special and set apart.

He had always loved reading his Bible. In his earlier years, he read the King James Version. In 1952 the Revised Standard Version (RSV) was adopted by the United Church for use in general worship. During his first year of Divinity School, David began reading the RSV. It was then that he came across its translation of I Corinthians 6: 9-10:

(j) two Greek words are rendered by this expression

David had known he was gay since the age of sixteen. He also knew he was both loved and accepted by God, and called to the ministry. The RSV was the first time in any translation of the Bible, in any language, that the word “homosexuals” had been used. David thought the RSV wording of I Cor. 6:9-10 was wrong. He checked the wording of the passage in the KJV and thought it was more accurate (“nor effeminate, nor abusers of themselves with mankind”). Then he looked in his Greek lexicon for the meaning of the two Greek words (malakos and arsenokoites) indicated as combined in the RSV footnote. This convinced him that the RSV translation team had made an error.

After much thought and study, he wrote a several page compelling letter stating his case and sent one copy to The National Council of Churches of Christ in the United States of America (NCC), the organization that commissioned the RSV, and the other copy to the publisher, Thomas Nelson Publishers. The NCC Executive Secretary sent his letter on to Dr. Luther Weigle, Dean of Yale Divinity and the head of the RSV translation team. David was surprised to receive a personal response a few weeks later from Dr. Luther Weigle. The two exchanged two additional letters. In the final letter, Dr. Weigle agreed the team would consider an alternate term for “homosexuals” in the next revision.

David never spoke about or shared the contents of the letters with anyone. He didn’t want to risk someone even considering that he might be gay himself. After all, it was the 1950s. Why might a person care to address the topic so thoroughly and passionately unless he were gay? In signing the letter, he altered his identity enough to ensure privacy.

Working from historical contexts and the knowledge I’d gathered while researching for my first book, I’d speculated the RSV teams’ decision to use the word “homosexuals” was an ideological and cultural decision, and likely not at all solidly theologically based. Few people in the 1940s and 1950s, especially those in the church, were discussing homosexuality, much less understanding sexual orientation. But, how to prove it? Then my friend Ed Oxford proposed a solution—a field trip. 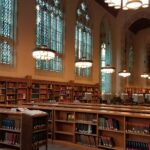 In September 2017, we traveled to New Haven, CT for five days to dig into the RSV and Weigle Collections in the Yale University Archives. We searched through over sixty thousand documents looking for answers as to why the translation team had come to the conclusion to use the word “homosexuals” in the I Corinthians passage. 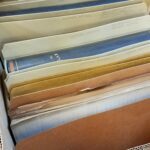 We were disappointed when, after three days, we couldn’t find any documentation of the decision from the time period when the translation work was being done. It seemed that using the word “homosexuals” had been a “non-issue.”

Still, we kept digging and hoping. Suddenly, we found David’s 1959 letter along with the series of exchanges between himself and Dr. Weigle. (These letters would end up being the only documentation in the entire collection explaining why the translation team made the decision it had.)The exchange between the young seminarian and Dr. Weigle indeed proves the decision to use the word “homosexuals” was an error.* Dr. Weigle even admitted so in one of his letters. He responded that he understood David’s insights and concerns and that there was likely a better word or expression choice than “homosexuals.” Together they consider a suitable revision. (In the 1971 RSV-R “homosexuals” was changed to “sexual perverts,” no longer condemning a specific group of people. The current NRSV says “nor male prostitutes, nor sodomites.”[See footnote 1.])

As soon as Ed and I found the letters, Peter, a documentarian we’d brought along began to film the two of us reading the letters aloud and discussing their contents over the next 35 minutes. This young seminarian had done an excellent job presenting his case that an error had been made. Immediately we wondered, “Who is this David who bravely and rightly challenged the translation team?” We wanted to know who he was and what became of him.

Through the most amazing series of events** (attributed to the hard work of a friend, Tina Wood) we 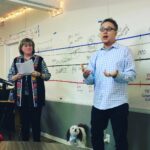 found David’s identity about a year after our visit to the Yale Archives. And, he was still alive! It had been an overwhelming challenge to locate him. When Tina finally found his identity, we understood why the task had been so difficult. David had signed the letters using only his first and middle names. The post office box return address further complicated finding him.

Early one August 2018 morning, Tina sent me an email with the heading “I may have found him.” She had David’s full name and his contact information. Ed and I had never imagined the twenty-one-year-old who’d written the letter was still alive!

I phoned him at his home at 9 am. “Hello David, my name is Kathy Baldock and I live in Reno, Nevada. I’ve been working with a friend on a project looking into the translation notes for the Revised Standard Version of the Bible. Amongst over sixty thousand documents, we came across a letter questioning the translation teams’ use of the word ‘homosexuals.’ It was written in 1959 by David _____. Did you write that letter?” The stunned eighty-year-old responded, “Why, yes I did.”

When he wrote the letter, he thought “hundreds, if not thousands” of people would have held the same objections to the translation and also contacted the RSV team. In fact, he was the only one who had. This surprised him. He also thought surely his letters would have been “tossed in the dust bin.” Yet, sixty years later, I had copies. And, his input impacted a future revision.

We’ve chatted and emailed many times in the following months. David has told 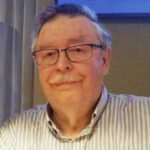 me his life story. After Divinity School, he did become a minister in the United Church and served in seven pastorates over a thirty-seven-year span. He’d also been partnered for twenty-three of those years with Joe, whom everyone assumed (from an old rumor that David never corrected) was his cousin. They’d been a couple until Joe died from long-term kidney issues he’d suffered his whole adult life. ***

Ed and I invited Rev. David to join us at the Q Christian Fellowship Conference in Chicago in January. We met him in person for the first time. What a blessing it’s been to not only discover his identity, then to find him alive, and further to realize he is a smart, witty, kind, sweet, and pastoral gentleman. Picture the ideal combination of pastor and grandfather and that is Rev. David.