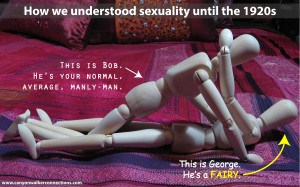 If a person who lived before the turn of the 20th century were asked about their sexual orientation, they would have been bewildered by the question. Though a wealth of literature depicts same-sex behavior as far back as the ancient Greeks, people at that time would not have understood terms or concepts like “heterosexual” or “homosexual.”

The majority of incidents of same-sex behavior were men who engaged in sex with boys, yet were erotically attracted to both females and males; the sex to which one was attracted was seen as a preference or a matter of taste.

Many of us have engaged in conversations similar to exchanges along this line:
"There is nothing about homosexuality in the Bible."
"Well, Paul may not have known the word "homosexual," but he was writing about the concept under the spirit of God because an all-knowing God would have told him."

So, this begs the obvious question: “How could men having sex with males not be considered homosexuals, with or without the terminology?” 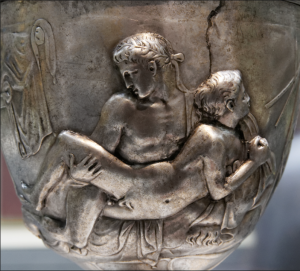 As early as the Roman Empire, the division between types of sexual behavior was simply based on the role one played in sex. Men took the dominant role by penetrating. The passive role of being penetrated was socially acceptable only for women, slaves, or young males who were not yet Roman citizens.

Sexual relationships with younger males were temporary, typically ending when the younger male became undesirable to the older partner or entered into adulthood, usually at about twenty years of age. As the empire went into economic and social decline, and as the influence of Christianity grew, attitudes toward same-sex interaction slowly took on a negative bent.

By the fourth and fifth centuries, under the influence of St. Augustine, the mainstream Christian view of sex in general became more restrictive.

In the Age of Enlightenment during the 17th and 18th centuries, advancements in medicine and science challenged both religion and tradition; old ways of thinking were beginning to be questioned. Finally, in the late 19th century, a few people started to notice that some individuals seemed to be attracted to age-appropriate people of the same sex and were not attracted to those of the opposite sex.

It is here we begin to see a subtle shift in the societal perception of sexuality.

A quick overview of how and when we, as a culture, came to divide men and women into heterosexual and homosexual is essential to having informed conversations about sexual identity, attraction, and orientation.

At the dawn of the 20th century, the idea that a person might have a consistent, lifelong, exclusive attraction to a member of the same sex was unheard of in the general population. Neither the concepts of heterosexuality and homosexuality, nor the words “heterosexual” and “homosexual,” existed. This is not to say there weren’t people living in an exclusive relationship with another individual of the same sex, or that romantic attractions between two men or two women did not occur. For the most part, they simply went unnoticed.

Though men who love men and women who love women have always existed, the cultural perception and interpretation associated with same-sex relationships prior to 1900 were completely different from the meanings we attach to the words “heterosexual” and “homosexual” today. 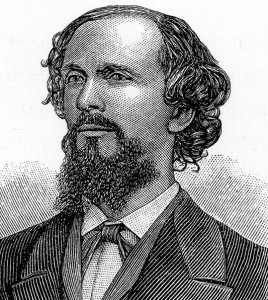 Sexual repression was prevalent in 19th-century America. An early interest in the study of human sexuality began to emerge in Germany, Austria, and England in the late 19th century. Karl Heinrich Ulrichs (1825– 1895) had earned degrees in theology, law, and history in Germany. He worked for a district court until it was discovered he’d been having sexual relations with men, at which point he was dismissed. Under a pseudonym, Ulrichs wrote several essays about his own attraction to men. He theorized that there was a female psyche trapped in his body. In today’s terminology, he might have identified as either a gay man or a transwoman.

He coined the word Urnings in German to describe men who were attracted to other men. Because Ulrichs thought the psyche inside him was female, he theorized that his attraction to males was a natural condition. Ulrichs imagined that his male psyche was flipped over—inverted, as it were, to a female psyche. He described and labeled the condition as “sexual inversion.”

In 1867, Ulrichs spoke out at a public hearing for the repeal of sodomy laws in Germany. He argued that same-sex attractions were likely inborn in Urnings. Consequently, he insisted that same-sex sexual acts should not be subject to criminalization because the attractions were natural, and therefore not unlawful. Though he was not successful in his attempt to decriminalize sexual actions on the part of those with sexual inversions, Ulrichs worked tirelessly to promote his belief that being an Urning was simply an inborn condition. 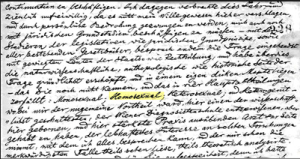 Ulrichs introduced the first attempt to distinguish between men exclusively attracted to men and men who were attracted to women. Prior to Ulrichs’ observation, it was believed that men who had sex with men did so out of lust, sexual excess, or a moral deficiency rather than natural attractions. 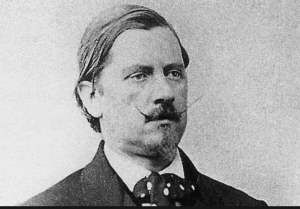 Karl Maria Kertbeny (1824–1882), a Hungarian writer and journalist, was a contemporary of Ulrichs. Kertbeny, aware of Ulrichs’ work on just treatment of Urnings, wrote a private     letter to Ulrichs in 1868 outlining five groupings of common sexual behaviors he had observed.

The written exchange between Ulrichs and Kertbeny in 1868 is the first documented observation which specifically categorized people by identifying the sex of their partner rather than the role one played (active or passive) in sexual intercourse.

The following year, Kertbeny’s terms were used in limited circles in German medical journals. From this point on, the recognition of sexual attraction as either heterosexual or homosexual began a slow progression into the culture.

The word "homosexual" would not be written in a medical journal until 1911 and be included in an American dictionary until 1924. At the turn of the 20th century, it would have been unimagined that an average person would identify himself as a homosexual in the way in which we understand the word today -- one attracted to the same sex.  A person's sexuality would only have been identified by the role he played in sex -- dominant male or submissive female.

Men who took the submissive role, the penetrated position in sex between males, had always been perceived as "being" female. Terms for males taking this role have long been associated with dismissive terms first used to devalue women. One such term adopted by men in the "female role" was fairy. While the man in the dominant role was considered "normal," the male in the submissive role was often referred to as a "fairy."

This is one of the topics covered in my book. Purchase a copy of "Walking the Bridgeless Canyon" on the Publisher’s site directly and signed, or on Amazon.