Some who oppose the possibility of Christian marriage for gay and transgender people assert that same-sex relationships violate the divinely-inspired need for gender differences or anatomical differences.

What does complementarily mean?

You’ll frequently hear or read the word “complementarity” used to support the “one man and one woman” Christian marriage. In its simplest form, as used by the church, complementarity means two distinct parts coming together to form a more complete whole.

The "need" for complementarity as a normative in Christian marriage is not an argument in itself; the usage of the term is inconsistent even within conservative circles.

When pressed, those who insist on the necessity of differences, are not in general agreement as to what needs to be different.

There are three basic ways the word complementarity is used:

But where does the word “complementarity” come from? Where can the principle be found in the Bible? Finally, should it be applied to same-sex couples?

Where does the word complementarity come from? 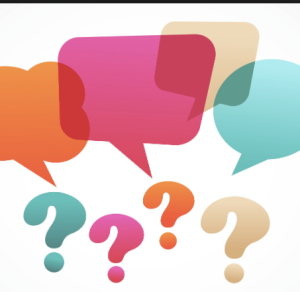 By the mid-1980s, feminism from the American culture had made its way into conservative Christian circles. Women aspired to join the ranks of leaders, teachers, and preachers in church organizations, and they wanted more equality within the family structure. Regarded as “Christian feminists,” they began challenging the church’s organizational patriarchy that places men in the dominant roles and women in the supportive roles, as well as questioning marriage gender hierarchy, which assumes male dominance and female submission. These two principles had been firmly entrenched in conservative churches. 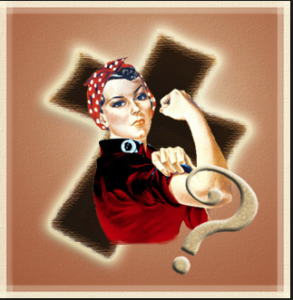 At a 1987 joint conference of the Evangelical Theological Society (ETS) and the Council for Biblical Manhood and Womanhood, a committee of evangelical and Southern Baptist leaders gathered in Danvers, Pennsylvania, to discuss the problem. In a thinly veiled attempt to “stop the spread of Biblical [sic] feminism,”[1] the committee drew up the Danvers Statement, which affirmed:

“Distinctions in masculine and feminine roles are ordained by God as part of the created order, and should find an echo in every human heart.”[2]

The document not-so-subtly reinforced patriarchy and gender hierarchy and softened the appearance of power structures by calling the pattern “complementarity”—a word they invented to fit their purpose of dealing with Christian feminists. Complementarity asserts that only through men and women working together in churches and marriages, in separate but equal gender roles, are we are able to see the full image of God.

The committee members signed the document, and complementarity was born.

Though the “problem” of women seeking full parity in the church and in the home was temporarily solved, complementarity is less than generous to those of us who are single.

According to this ideology, without joining our lives to another person, we can’t reflect the image of God. Fortunately, this understanding is ultimately unsupported by Scripture, because Jesus, as a single man, was the full image of God (Colossians 1:15).

Nonetheless, in 1987, complementarity took its place in Christian tradition as a

“timeless” biblical principle asserting and defining the importance of maintaining gender roles in church leadership and organization, and in marriages, where the truth of the principle should “echo in every heart.”[3]

The differences in gender roles in churches and marriages remained the focus of complementarity through the 1990s; however, something started to change. Several dynamics within the gay community prompted a growing interest in obtaining more widespread legal rights for marriage.

Complementarity expands to anatomical differences to fence gays out of marriage

Initially, lesbian feminists hadn’t been interested in marriage, an institution so long associated with patriarchy. However, as more lesbian couples decided to use artificial insemination to create families, there was a mini “baby boom” among lesbians.[4] 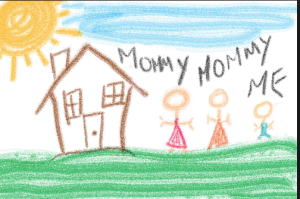 In a widely publicized court case in 1993, a Virginia court decided to take away Sharon Bottoms’ two-year-old son and give custody of the child to Bottoms’ mother because the judge explained, her lesbian “conduct is illegal, a Class 6 felony in the Commonwealth of Virginia.”[5] In an amazing dismissal of Bottoms’ parental rights, the judge further stated that Bottoms was “an unfit parent” because “it is the opinion of this Court that her conduct is immoral.”

The Virginia Supreme Court rejected the original decision, but Bottoms had to share parental rights with the grandparents.[6] This was most certainly a call to the lesbian community regarding the need for protection for their families.

In the male gay community, AIDS had killed tens of thousands of gay men. Few 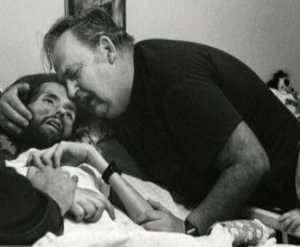 partners had the legal protections they needed to care for or make health care decisions for their dying partners. Families regularly cut the surviving partner out of medical decisions and funeral arrangements, and unprotected by spousal leases and mortgages, gay survivors often lost their apartments and homes.

Large numbers of gay and lesbian couples began to recognize the lack of legal protection for their families and partnerships and the need for legal sanctioning of their relationships. Early talk about marriage rights didn’t go unnoticed by the conservative religious and political right. 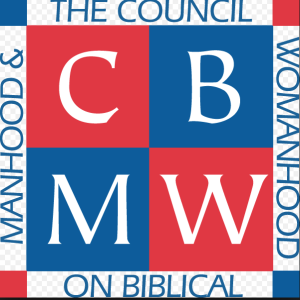 Members of the Council for Biblical Manhood and Womanhood, acutely aware of the already eroding walls of division between gender roles, feared that if they did not hold on tightly to complementarity, such erosion might lead to increased tolerance of homosexuality and, in time, same-sex marriage.[7]

Marriage is described in the Bible as the union of a man and a woman, but what about body parts? In Genesis 2 and Ephesians 5, the descriptions of marriage are inherently bound in male/female, husband/wife language. You won’t find, nor should you expect to find, affirmation of monogamous, committed, equal same-sex marriages in the Bible.

Can we, however, lift biblical truths about marriage out of the culturally bound language of male and female and still preserve core principles of Christian marriage as a reflection of our covenant with God? Especially considering what we have learned about sex having more than just procreative purposes and the various ways human anatomy can work for the sake of sexual pleasure apart from the limited means of a penis inserted into a vagina, can we truly and rationally use supposed anatomical “fittedness” as a sensible argument against same-sex marriage?

The Bible, in its totality, is silent on any imperative about body parts fitting together in a “proper” way. People in the ancient world simply did not think of sex in terms of what anatomical parts fit together.[8]

The biblical imperative to inclusion, not exclusion

Using Galatians 3:28, we understand that the boundaries between Jew and Gentile, 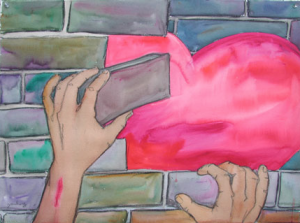 free and slave, and male and female will not exist in eternity and, in fact, are not to persist in the church on earth either, where we “are all one in Christ Jesus.” The spiritual segregation between Jewish and Gentile Christians was eliminated in the first-century church. We are consciously working toward abolishing slavery worldwide. And, while women are moving toward equal status in some cultures faster than in others, male-female hierarchies will not exist in the heavenly Kingdom of God. Though one day, we’ll experience it more fully, the Kingdom of God is present now in the lives of the disciples of Christ.

In Matthew 6, Jesus instructed us to emulate His prayer to His Father: “Your kingdom come, Your will be done, on earth as it is in heaven” (v. 10, NIV). We are told to pray for the Kingdom to come more fully to earth even now. In God’s Kingdom, all systems of hierarchy will be gone.

Everyone will be equal.

Believers are to move toward inclusion

Believers are to continually work toward—not against—that for which we pray. Those who act to thicken and maintain the hierarchical divisions of slave/master and male/female are doing so in direct opposition to the explicit Word of God imploring us to eradicate division and oppressive power structures.

The doctrine of complementarity was originally created to restrain Christian feminism in 1987. The “biblical imperative” for anatomical differences were tacked onto the meaning of complementarity in the late 1990s to give a “scriptural” basis to fencing gays and lesbians out of Christian marriage.

Complementary is a newly created doctrine whose substantiation cannot be located in any biblical texts.

[7] “Egalitarianism and Homosexuality,” The Council on Biblical Manhood and Womanhood, http://cbmw.org/uncategorized/egalitarianism-and-homosexuality/.