Over the past decade, the conservative political and religious right have warned

people of faith that extending marriage equality to same-sex couples would “redefine marriage,” undermine the structure of the family, and threaten religious liberties. Let’s look at validity of those assertions.

A historical look at marriage

Across cultures, marriage is a social union or civil contract establishing rights, benefits, and obligations between spouses, and sometimes includes families. This union or contract can be recognized by a community composed of family and peers, a tribe, an organization, a religious group, and/or a state.

Marriage in the form we know it today is often touted as a timeless institution. Yes, God did begin with Adam and Eve in Genesis 2. But “traditional marriage” fell apart by Genesis 4.

Cain had a wife, but as two of a very small number of people on earth, surely they 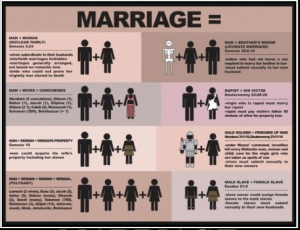 In ancient Rome, the “traditional family” consisted of a man, his wife, and female and male slaves with whom the husband could have sex. When the Roman Empire collapsed, the Roman Catholic Church was the only stable political entity capable of taking its place. The rule of the Roman Catholic Church was challenged by leaders of smaller kingdoms and fiefdoms all over Europe who desired the advantages of the Church’s growth and political power. 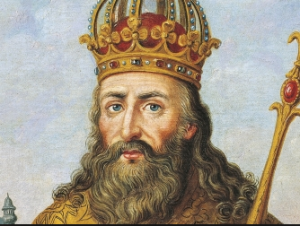 In order to squelch the challengers and keep the power centralized at the Vatican, Pope Leo III appointed Charlemagne (800 A.D.) as the first Holy Roman Emperor. New rules for marriage were constructed to ensure that powerful and wealthy men could not expand their economic and political reach by marrying several wives and annexing the land and wealth that came with such marriages.

Marriages were subject to the pope’s approval and became restricted—no polygamy, no divorce, no remarriage, no marrying members of one’s own family—and illegitimate children could not inherit the wealth of the patriarch. In effect, the new marriage regulations ensured that powerful and wealthy men could not expand their holdings either by divorce and remarriage, or by taking several wives and annexing the property that came with such economic and/or political moves. Marriage between one man and one woman ensured fewer threats to the supremacy of the Holy Roman Empire.[1]

Marriage has not always been a religious rite or sacrament.

Until the mid-1500s, priests were allowed to marry and amass wealth and land just like anyone else; such property passed to a priest’s wife and children upon his death. But starting in 1563, married priests were restricted from saying mass.[2] This policy change, in effect, stopped priests from marrying, so upon their death, any wealth they had was passed to the church.[3]

The Catholic Church “owned” marriage until the Protestant movement when the

Women no longer property, and the intent of marriage shifts from economics to love

New opposition to the Church came in the 17th and 18th centuries when the thinkers of the Enlightenment challenged religious and traditional teaching on many topics, including the status of women and the matter of arranged marriages. Over the next century, marriage unions based on love and romance, rather than economics, began to emerge.[4]

[box]Though marriage as a union of two (or more) people has existed since Genesis 2, the structure, purpose, legal status, and place of religion in the agreement has shifted constantly through time, across cultures, and even within the Christian Church itself.[/box]

Other parts of the series on Marriage Equality: